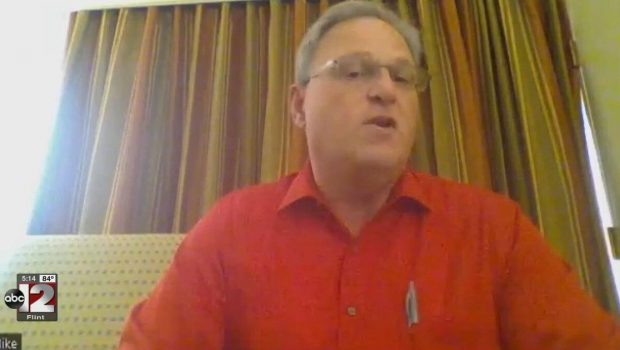 The high-tech system can flag weapons and is an added layer of protection to the measures already in place.

“If you went to a concert this summer at Soaring Eagle, you went through those gates,” Midland Public Schools Superintendent Michael Sharrow said.

In total, 10 devices will be placed at the entrances of the two high schools and two middle schools and they are nonintrusive.

“Metal detectors do not work well in schools and it's really not part of the environment that you would like to create for a school,” Sharrow said.

The devices use artificial intelligence and digital sensors and look like podiums on either side of you.

“We don't want our schools to feel like a prison for our kids and I like that this system doesn't make it feel that way,” Midland Police Chief Nicole Ford said.

Evolv Express can screen up to 3,600 people per hour, which is 10 times faster than metal detectors

“We get a screen on our tablets that shows what it's detecting and we can either say no that's a water bottle or that might be a weapon, we need to do a check of that backpack,” Sharrow said.

He said if something suspicious is detected, an area is designated for a courtesy check.

“I think it's a great idea, should've been done a long time ago,” Midland resident Donald Heltebran said.

The superintendent said that a soft start will happen in November to ensure all of their methods are effective and hopes that by Christmas all systems are a go.

“You add that in with all of the different tools that we have right now, I would think on any given day in the community your school may be the safest place,” Sharrow said.

He added that the system is not foolproof and they may look into additional surveillance technology in the future for further safety enhancement.