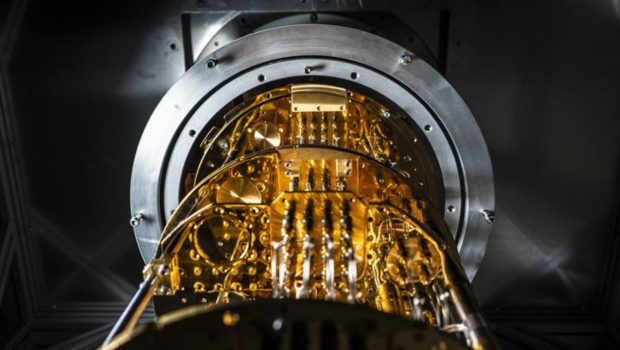 Swedish enterprises will have access to a functioning 25-qubit quantum computer from 2024-2025, thanks to new cloud systems utilising Sweden's Chalmers University of Technology's existing quantum architecture.

The project has been made possible thanks to an initial contribution  worth SEK 102 million (€9.2 million) from the philanthropic board Knut and Alice Wallenberg Foundation.

The foundation already funds a quantum computer in operation at Chalmers for internal uses. This technology currently has 25 working qubits but is being scaled in an effort to reach 100 qubits by 2029.

Ongoing R&D means the system doesn't have capacity for external projects, which led to the idea of seeking funds for a fully functioning replica.

Now The Wallenberg Foundation has agreed to underwrite the project, securing delivery of a sophomore Swedish quantum computer wholly dedicated to industry and research.

Set to begin operating in 2024, the project's test bed will have 12-24 months for validation before the open release the following year.

In addition to the 25-qubit computer, Chalmers will guide businesses in deploying quantum algorithms for key use cases, offering expert consultations from a bespoke "quantum help desk."

Welinq is intriguing because it's among a cohort to have eschewed ion-trap architectures, a prevailing method of running qubits and quantum gates without  use of superconducting circuits that require glacially cold operating conditions.

While superconductors pose further disadvantages because of the size of superconducting units, Welinq says ion-traps could also be trumped using neutral atoms linked from separate quantum computers, in effect allowing scaling of hardware to be scaled using a repeatable enabler of qubits.

That sounds especially enticing as scaling up is a key blocker to delivering widescale quantum advantage. Some believe the most valuable quantum apps could need 100+ qubits to function correctly, with the 100 qubit milestone possibly offering quantum advantage on all of the world's supercomputers combined. Tech.eu reported in depth on Welinq's concept earlier today.

Speaking on behalf of Chalmers and its Wallenberg Centre for Quantum Technology, professor Per Delsing commented: "We’re ... going to build a copy of our quantum computer and make it available as a test bed for companies and researchers to run algorithms.

"Its purpose is to raise Sweden’s competence level in quantum technology and lower the threshold for using quantum computers.

"The idea is that users shouldn’t need much prior knowledge. It should be enough for a company to have a problem which they’ve heard might be solved by a quantum computer. The Quantum Helpdesk will help them from there.”

Wallenberg Centre for Quantum Technology has a 12-year funding remit to drive Swedish quantum innovation. The initiative launched in 2018 and three years later had its annual budget from the Knut and Alice Wallenberg Foundation doubled.