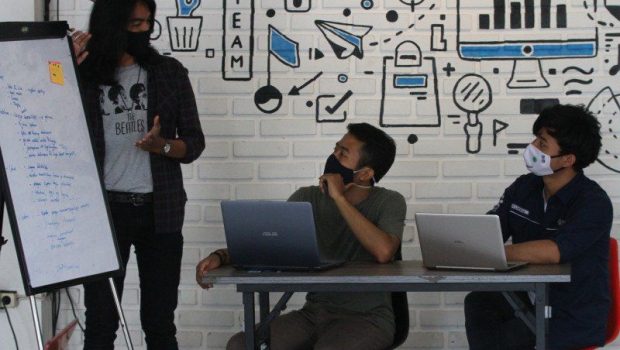 "I see that employees in the technology sector have above-average skills and are needed in jobs that are related to digitalization. They can transform in other sectors, such as helping develop startups or companies that really need their talents. This means their opportunities to get involved or work in the formal sector are wide open," Suyatna noted in a statement in Jakarta, Saturday.

Suyatna remarked that talents in the technology sector can also develop their abilities by entering other technology-based fields since so far, several types of technology companies are similar, with most of them being engaged in e-commerce, transportation, tourism, and fintech.

"Well, it would be great if they could develop digital-based jobs in other sectors, such as agriculture and marine," Suyatna stated.

He said that job opportunities in the technology sector are still quite open and will continue to increase and reach their peak by 2030.

As is known, the global and national business world is facing unfavorable conditions. As a result, several companies operating in various sectors have been compelled to increase employee efficiency in the last few months.

The unfavorable situation has also befallen the world's technology giant companies, such as Amazon, Meta, and Twitter. Not only in the global sphere, but several technology companies in Indonesia, such as Shopee, Grab and PT GoTo Gojek Tokopedia Tbk (GoTo), are also experiencing a similar situation.

Despite several efficiencies, technology company employees are still being targeted in the market, including in conventional industries.

Meanwhile, economist at the Institute for Development of Economics and Finance (INDEF) Izzudin Al Farras Adha remarked that employees, who had worked in large technology companies, would find it easier to get jobs.

"For example, former GoTo employees will be more easily absorbed by the market. They will have higher job opportunities. The difference may be the long wait and depending on work experience that varies," he stated.

Moreover, currently, almost all companies in various sectors are striving to digitize, including the formal sectors, so that human resources in technology will be needed.

"Just like after the pandemic, there are two industrial sectors that are developing quite rapidly, namely the construction and trade sectors. These two sectors certainly need human resources in the technology sector. Hence, it is just a matter of how these human resources adapt according to the new culture and work environment," Farras stated.

Regarding the reasons behind employee efficiency, Executive Director of the Center of Economic and Law Studies (CELIOS) Bhima Yudhistira drew attention to several reasons for the reduction of employees in global technology companies, such as Amazon, Meta, and Twitter.

According to Yudhistira, companies need to bolster efficiency to reduce costs in the midst of global economic conditions that face quite tough challenges in the coming year. In addition, the company's business can grow sustainably in the long term.

Another cause is the existence of corporate reorganization factors, for instance, Twitter. After being taken over by Elon Musk, Twitter reorganized by reducing almost half of its total employees. Under such conditions, in addition to the threat of a global recession, this company must reduce its business units.

"What is happening globally is that the effects, of course, also carry over to Indonesia. If there is a massive cutback or reorganization globally, then the effect is that many startup companies in Indonesia do the same thing to survive," he stated.