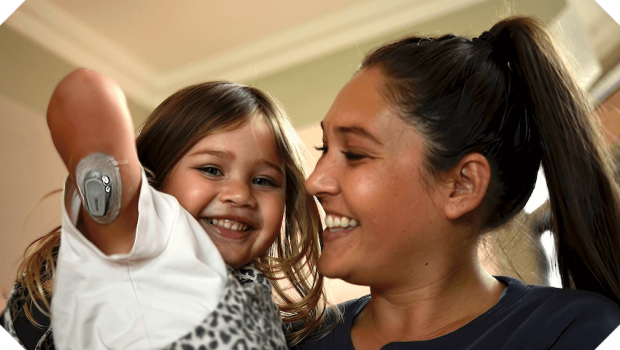 On the centenary of insulin’s first use, doctors, researchers and people with diabetes are asking why New Zealand lags other countries in funding the latest devices to monitor blood sugar.

This year marks a century since an extraordinary medical breakthrough – the use of insulin to treat diabetes mellitus. Some physicians at the time described the effect of administering this hormone as like witnessing “resurrection experiences”. Children near death were given a chance at life.

As we mark the centenary, we also need to focus on the pressing need in Aotearoa New Zealand to make the latest treatments and technologies available to all – and not just those who can afford them.

It is a remarkable story of medical and scientific progress.

The term “diabetes” was used from the first century BC to describe a condition characterised by polydipsia (thirst) and polyuria (passing large quantities of dilute urine); “mellitus” was added in the 1600s to indicate that sweetness in the urine differentiated this condition from other causes of these symptoms.

But it took another 300 years for a link between diabetes and the pancreas to be discovered. The term “insulin” was coined in 1909 by the Belgian scientist Jean de Meyer who speculated that a secretion from the pancreas could regulate the amount of glucose (sugar) in the blood.

Insulin was finally isolated from the pancreas in 1921 and was shown to keep dogs without a pancreas alive for several months. Rapid progress followed. In January 1922, 14-year-old Leonard Thompson, hospitalised and near death in Toronto, became the first person to receive insulin and survive diabetes.

By the end of 1922, insulin was being commercially produced and distributed worldwide. It is generally accepted that the first use of this miraculous substance in New Zealand was in 1923 when Dr (later Sir) Charles Burns injected Isobel Styche with insulin in Dunedin Hospital.

There’s some debate about this, however, with another patient possibly receiving treatment as early as 1922.

A young New Zealand doctor named Thomas Johnson, at that time working in London, heard about the discovery of insulin and realised it might save the life of Jake Cato, a young man he had been looking after in Napier.

In collaboration with Cato’s father, who happened to be the head of the New Zealand Shipping Company based in Napier, Johnson arranged for one of the company’s ships to bring the precious substance to New Zealand.

At the same time as insulin therapy was being developed, glucose-monitoring technology was also progressing. Crude assessment of glucose in the urine, used in New Zealand until the early 1980s, was superseded by the development of finger-prick blood-glucose measurements.

Performed up to ten or more times daily on hand-held meters, finger-prick measurements remain the reality for most of the 25,000 children and adults who live with type 1 diabetes in New Zealand.

This particular form of diabetes results in an absolute deficiency of insulin. It’s caused by the body’s immune system attacking and destroying the insulin-producing cells in the pancreas.

Over the past ten years, the pain and burden of finger-prick glucose monitoring have encouraged the development of continuous glucose monitors (CGMs). These small patches, worn on the skin, measure glucose levels continuously and are replaced every seven to 14 days.

CGM devices can now “talk” to insulin pumps, devices worn on the body that provide continuous subcutaneous insulin instead of the many injections required daily. These technologies act like a partially automated artificial pancreas, reducing the large number of complex decisions people with diabetes have to make daily to remain healthy.

While insulin pumps are funded in New Zealand for some, the government drug-buying agency Pharmac does not fund CGMs. That’s despite CGMs being funded in the UK, Canada, Australia (since 2017) and much of Europe, and being the recommended method of glucose monitoring in all major diabetes guidelines worldwide.

However, CGMs are widely used in New Zealand by those who can afford them. They help prevent the unpleasant effects of low blood glucose and can give advance warning of less common but serious risks of collapse and seizures, and occasionally death.

CGMs also help mitigate long-term complications and early death from too much glucose.

The lack of government funding has led to widespread inequity. Māori, Pacific peoples and those on lower incomes are less able to access life-enhancing CGM devices. Recent New Zealand research has highlighted that glucose outcomes for Māori, if they are wearing a CGM, appear equal to those for non-Māori.

Better health for all

Jake Cato’s life-saving insulin therapy was made possible by the wealth and connections of his parents. We would like to think that in 2022, a century on from the first person in the world receiving insulin, this should not still be a factor.

Access to life-saving and disability-preventing therapies for the one-in-500 New Zealand children (and thousands of adults) living with type 1 diabetes must not be restricted to those with money and connections.

That’s why the wider availability of diabetes management technologies – taken for granted in other comparable countries – is the big issue this Diabetes Action Month, and will be highlighted at the forthcoming Transforming lives: 100 years of insulin event in Wellington.

While there is much to celebrate during this centenary year, the good health promised by these medical breakthroughs is still not available to all in Aotearoa New Zealand. We can and should do better.

This article is republished from The Conversation under a Creative Commons license. Read the original article.