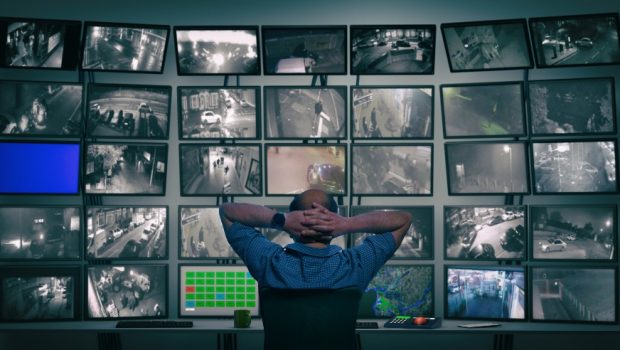 What Role for Human Rights in Security?

The first meeting of the United Nations Security Council Counter-Terrorism Committee (CTC) held outside of U.N. headquarters in New York since 2015 marked important advances in engaging with civil society and experts who have questioned the embrace of counterterrorism approaches that too often backfire or result in human rights violations. But the Delhi Declaration that emerged reflected little of that input. Prepared mostly in advance, the meeting’s outcome document merely confirmed the trend towards further expansion of the U.N. counterterrorism agenda related to the use of new and emerging technologies, with little attention to the abuses committed by governments in the process.

The Oct. 28-29 meeting, conducted in India, was convened to discuss a specific element of the fight against terrorism: “Countering the use of new and emerging technologies for terrorist purposes.” The Security Council has sought for more than 20 years to address the perceived exploitation of information and communications technology (ICT) and related technologies for terrorist purposes. Adopted in the wake of the 9/11 attacks of 2001, Security Council resolution 1373 referred from the beginning to ICT and the abuse of communications technologies by terrorists.

Most notably in the last five years, the Security Council has adopted a series of resolutions under Chapter VII of the U.N. Charter, imposing legally binding obligations on all U.N. member states to introduce biometrics technologies at borders for counterterrorism purposes; to develop capabilities to collect, process and analyze travelers’ data, such as Advance Passenger Identification (API) and passenger name record (PNR) data; and to take action to prevent, investigate, and prosecute terrorism financing.

These resolutions have led to a significant expansion of surveillance powers by member states, often introduced without an adequate domestic legal framework and human rights safeguards. For example, Privacy International (Tomaso’s organization) has documented the human rights abuses stemming from biometric data identification systems across the globe since the Security Council adopted resolution 2396 in 2017. In its December 2021 analytical briefing on biometrics and counter-terrorism, the U.N. Counter-terrorism Committee Executive Directorate (CTED) noted how “the use of biometrics for counter-terrorism purposes – notably in the context of border management and security – has become increasingly widespread.” CTED’s own assessments show that many states “still lack sufficient legal and regulatory frameworks, data management and processing protocols, risk and impact assessment practices, and rigorous access controls and records for technology-based systems, including those based on AI.”

In addition, the Security Council has sought to address incitement to terrorism, including through the use of ICTs. Resolution 1624 (2005) contained a clear obligation for States to prohibit incitement to commit terrorist acts. At least in that case, it contains a strong human rights clause, including an explicit reference to the right to freedom of expression as reflected in Article 19 of the Universal Declaration of Human Rights and in the International Covenant on Civil and Political Rights. In 2010, the Security Council turned its attention for the first time to the use of the internet, including to incite terrorists as well as to finance, plan, and prepare terrorist actions.

These resolutions then served as building blocks for several subsequent resolutions. Those expanded attempted regulation of terrorist narratives, and instructed member States on how to counter the use of the internet, other ICTs, and other emerging technologies for terrorist purposes. ARTICLE 19 (Anna’s organization) has documented how these broad, sweeping provisions have led governments to adopt laws criminalizing “extremist” speech that does not amount to incitement; to block, filter, or ban websites; and to remove or restrict certain online content in a manner that violates freedom of expression and the right to privacy.

The CTC’s special meeting in India and the preparatory technical meetings that preceded it proved no different in the committee’s approach. The focus of the debate in most of the panels was on the real and perceived threats of abuses of ICT by terrorists; human rights got short shrift, as did even legitimate questions about the credibility of evidence cited for the alleged terrorist abuses.

A notable exception to this trend was a civil society roundtable organized by CTED on Oct. 12, in which participants pointed to some of the most significant human rights concerns raised by government counterterrorism measures. At the special meeting itself, the CTC also for the first time allowed the U.N. Special Rapporteur on Counter-Terrorism and Human Rights to address one of its formal meetings and invited civil society representatives to participate. This allowed CSOs, including ours (Privacy International and ARTICLE 19, respectively), to deliver their messages directly to members of the CTC, other member States, CTED, the U.N. Office of Counter-Terrorism, and other U.N. representatives. This level of access is highly welcomed, and it hopefully will set a precedent for future engagement between the CTC and civil society.

Key Takeaways and Shortcomings of the Declaration

Of these three topics, the abuse of ICT and emerging technologies by terrorists is the least defined. It could be interpreted to cover a vast range of measures — anything from content moderation to social media monitoring, from limiting the use of encryption to resorting to hacking for surveillance – all in the name of countering terrorism. It essentially encourages governments to introduce counterterrorism measures with a view to addressing abuses of ICT that will likely end up undermining human rights, particularly the right to privacy and the right to freedom of expression.

Ironically, such abuses ultimately will undermine national security itself. In our intervention at the special session, Privacy International expressed its concerns at the expansion of new technologies employed for the surveillance of public spaces, whether online or offline, in the name of countering terrorism. It noted that social media monitoring is often justified as a form of content moderation for counterterrorism purposes, but that it is also abused to surveil peaceful assemblies and profile people’s social conduct. Privacy International also noted how attempts by governments to access encrypted communications to identify potential terrorist threats risk introducing vulnerabilities into the systems; the result could be indiscriminate surveillance of digital communications, compromising the privacy and security of potentially all users of digital communication services.

ARTICLE 19 offered eight concrete recommendations to the CTC and the international community at large on how to ensure human rights safeguards and the rule of law while countering terrorism. These include key tenets for a successful fight against terrorism: 1)  security without rights is meaningless and rights inherently advance security; and 2) international human rights law dictates that the same rights apply online as offline. States can only restrict free speech on the basis of national security if the principles of legality, legitimacy, proportionality, and necessity have all been met. In terms of addressing terrorist content online, States should take a careful approach when regulating how social media platforms should undertake content moderation. State regulation should not prescribe what content to restrict, but rather focus platform accountability on processes, access to effective remedies, transparency, and human rights protections, including through impact assessments.

Unsurprisingly, given that the text was negotiated by the 15 CTC member States behind closed doors and well ahead of the meeting in India, the Delhi Declaration does not seek to address these or other concerns raised by civil society organizations and human rights experts.

The declaration does include the reaffirmation that “Member States must ensure that any measures taken to counter terrorism, including the use of new and emerging technologies for terrorist purposes, respect the Charter of the United Nations and comply with their obligations under international law, including international human rights law, international humanitarian law and international refugee law, as applicable” (paragraph 14 of the Delhi Declaration). However, it fails to refer to the principles of legality, legitimacy, necessity and proportionality, non-discrimination, accountability, transparency and effective redress for human rights violations. All of those issues have been raised consistently by human rights experts and civil society.

The Delhi Declaration offers hardly any guidance on how States’ counterterrorism measures should comply with existing human rights obligations. And it offers only a vague blueprint for the next steps the U.N. CTC and CTED will take in this field. CTED is expected to play a leading role in the follow-up to declaration, including in the identification of trends, the development of threat analysis, the collation of good practices and the production of a gap analysis on the capacities of member States to counter the use of new and emerging technologies for terrorist purposes. In doing so, CTED is expected “to deepen its engagement and cooperation with civil society, including women and women’s organizations.”

As many civil society organizations noted during their presentations, there cannot be security without putting human rights at the center of any and all counterterrorism efforts. And counterterrorism policies or principles cannot be effective if they are developed in a vacuum, without the meaningful participation of human rights experts and diverse and independent civil society organizations. Failing to do so will lead to the criminalization of speech not amounting to incitement, based on the vagaries of potentially abusive governments, and it will spur content restrictions that violate freedom of expression.

It will not result in effective counterterrorism, and it is highly likely to lead to further erosion of human rights and the rule of law. The planned follow-up to the Delhi Declaration, in particular the drafting of “non-binding guiding principles” by the committee on ICT and terrorism, offers an important opportunity for the U.N. CTC and CTED to prove their commitment to meaningfully include civil society organizations and human rights experts in the development of counterterrorism policies.