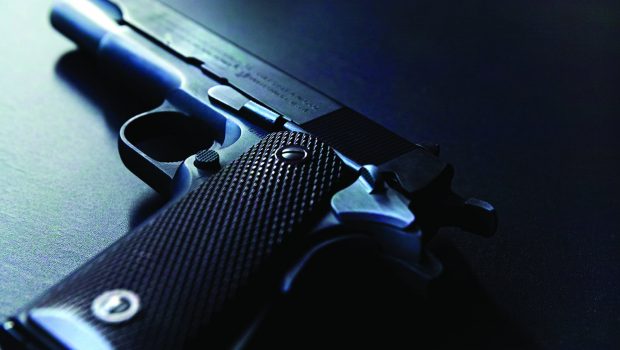 The gunshot detection system, which the department installed in August, uses strategically placed audio sensors to triangulate the precise location of gun incidents and the number of shots fired “within a minute but usually 30 seconds,” according to a press statement the department released when ShotSpotter was implemented.

The City of Columbia has used the technology since 2019.

“This morning at 10:39 a.m., West Columbia Police Officers received a ShotSpotter alert indicating 9 rounds were fired at the 1200 block of Holland Street,” West Columbia Police posted to Facebook Nov. 21. “We had officers on scene in 3 minutes. We were able to start an investigation into the incident and identify a suspect vehicle.”

The post details, and a spokesperson from for the Cayce Police confirmed to the Chronicle, that the neighboring department found the vehicle in the area near Glenn Street using information shared by West Columbia Police.

Matt Deas, captain of investigations for the West Columbia Police, said his department’s charges in the case are pending as its investigation continues.

While these are the first ShotSpotter-related arrests the department has announced, Deas said West Columbia Police have made other arrests as a result of the detection system since it was installed.

ShotSpotter has been criticized by some, including the ACLU, which published a report last year questioning ShotSpotter’s “methodology, effectiveness, impact on communities of color, and relationship with law enforcement.”

When it was implemented, West Columbia Police Chief Marion Boyce emphasized it’s not the only tool his department will utilize in combating gun violence.

“ShotSpotter technology is just one tool that we have at our disposal,” he was quoted in the press statement announcing its implementation. “Our best tool by far is our community. Please continue to notify our dispatchers if you hear gunfire and if you have information that could help us investigate these and other crimes of violence.”

This is a developing story and will continue to be updated.