How to Weaponize your Cat to Hack Neighbours’ Wi-Fi Passwords

A creative security researcher has found a way to use his pet cat mapping dozens of vulnerable Wi-Fi networks in his neighborhood.
Gene Bransfield, a security researcher with Tenacity, managed to turn his wife’s grandmother’s pet cat Coco into a roaming detector for free Wifi networks by just using a custom-built collar, which was made from a Wi-Fi card, GPS module, Spark Core chip, battery and some fetching leopard print fabric.
Bransfield dubbed his experiment “Warkitteh” – on the concept of “Wardriving”, where hackers used unsecured Wi-Fi connections from a parked car. He decided to turn his cat into a hacker because he found the idea amusing, and also because cats are the one that consumes as much as 15 per cent of internet traffic, with the popularity among the internet users.
Bransfield explained his experiment “Warkitteh” at DefCon, a hacker conference that is taking place this weekend in Las Vegas, in his talk titled “How to Weaponize your Pets”.
The WarKitteh collar isn't meant to be a serious hacking tool, more of a joke to see what's possible.

“My intent was not to show people where to get free Wi-Fi. I put some technology on a cat and let it roam around because the idea amused me,” Bransfield, who works for the security consultancy Tenacity told Wired. “But the result of this cat research was that there were a lot more open and WEP-encrypted hot spots out there than there should be in 2014.” 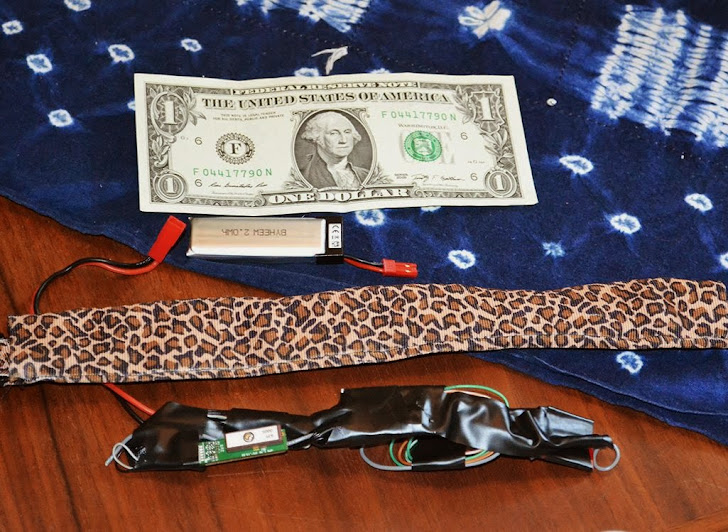 During a three hour trip through the neighbourhood, his pet cat Coco mapped 23 unique wifi networks, including four routers that used an old, easily-broken encryption and four routers that were left unprotected entirely and could be easily broken.

Bransfield mapped those WiFi networks in a program created by an Internet collaborator that uses Google Earth’s API, which is demonstrated in the video given below. The number of vulnerable access WiFi points were really surprising for Bransfield. According to him, several WEP connections were Verizon FiOS routers left with their default settings unchanged.