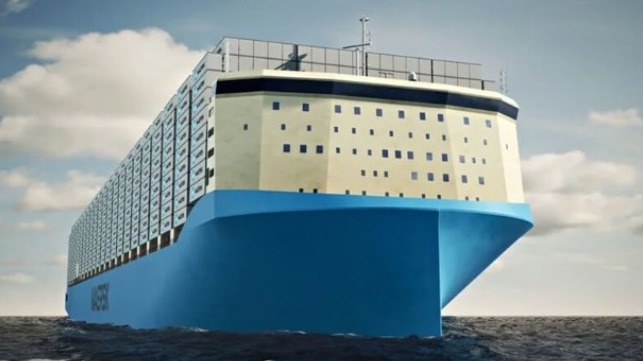 With the shipping industry moving toward the broader adoption of methanol as an alternative fuel supply and sourcing concerns remain. California-based start-up WateFuel, which counts Maersk and NetJets among its investors, has developed a new technology module for converting municipal solid waste into low-carbon fuels. According to the company, the technology can be built efficiently where waste is located and scale production efficiently and rapidly toward meeting the shipping industry’s growing demand for green methanol.

According to the company, its new technology will significantly accelerate the use of organic waste to produce green methanol. The WasteFuel Methanol Module is designed to produce up to 100 metric tons per day of fuel-grade methanol from a variety of waste sources including landfill gas and biogas from anaerobic digestion.

"Green methanol is critically important in decarbonizing global shipping and the supply chains of companies who depend on it,” said Trevor Neilson, Co-founder, Chairman and CEO of WasteFuel. “The WasteFuel Methanol Module will allow WasteFuel and companies who license the technology to convert municipal waste more efficiently into green methanol around the world.”

The process is designed in a modular fashion to improve the overall utilization of resources and allow for cost-effective, quick scaling. The process is engineered to simultaneously wet and dry reform to convert waste into green methanol. According to the company, when utilized at a commercial scale, the new approach will produce green methanol fuel that can achieve up to 90 percent reductions in CO2 and other greenhouse gases and pollutants compared to conventional fuels.

WasteFuel has filed a provisional patent application directly related to the novel approach and unique configuration. The technology will also be available for licensing.

The company continues to seek opportunities to expand on its production capabilities noting that beyond the shipping industry they foresee other markets such as the petrochemical sector. “Consumer product companies who have made net zero commitments will not be able to meet them without a dramatic expansion of green methanol supply," said Neilson.

Earlier this year, WateFuel announced a commercial-scale bio-methanol partnership with Maersk as a first step in the decarbonization of shipping. Maersk intends to buy 30,000 tons per year of bio-methanol from WasteFuel as part of the global supplier network the shipping company is building in advance of the launch of its methanol-fueled containerships in 2024. Initially, the green methanol will be made from the conversion of municipal waste in South America, but both partners expect expanding projects and production of green methanol further.

“Green methanol is the only market-ready sustainable fuel available today for shipping and production must be accelerated through collaboration across the ecosystem and around the world,” said Henriette Hallberg Thygesen, CEO of Fleet & Strategic Brands, A.P. Moller – Maersk in March 2022 announcing the agreement. “That is why these partnerships mark an important milestone to get the transition to green energy underway.”