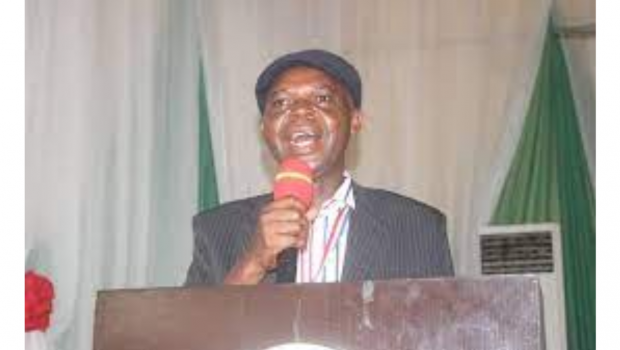 There Is Hope In Nigeria’s Technology, Says NATE President

The national president of the Nigerian Association of Technologists in Engineering (NATE), Rt. Hon. Technologist Dominic Udoatan, has expressed hope in Nigerian technology for the growth of the country.

Udoatan stated this when he led a group of technologists from the 36 States of the federation including Federal Capital Territory (FCT) to the Advanced Manufacturing Technology Development Institute (AMTDI) in Jalingo, Taraba State, as part of their activities to mark their 2022 Conference of Technologists (CONTECH) and Annual General Meeting (AGM).

A statement issued on Saturday by the Information and Protocol Officer of AMTDI, Henry Ikechukwu Uwadia, noted that the elated NATE president said, “We are satisfied with the level of work that they are doing here. From the workshop, we have seen their designs and various machines that are available here for the Small and Medium Scale industries. It is left for the business people to take advantage of the machines.”

Hon. Udoatan also noted that the evaluation and instrumentation unit was pivotal for the civil and structural engineers to carry out their soil testing and the testing of the strength of their materials, which will help to reduce the incessant building collapse that has become a recurring decimal in the recent time.

He stated that what is most striking is the Festo Authorized and Certified Training (FACT) Centre, which is a world-class facility for training in process automation.

“The FACT Centre, the 3D printing and the Robotics and Artificial Intelligence (AI) units are all superb, which means that there is hope for Nigeria technologically,” he remarked.

Earlier, the Ag. MD/CE of AMTDI, Engr. Christopher Tanko John, who was represented by Sadiq Mohammed Tukur, Head, Administration and Human Resources, welcomed the team to AMTDI and appreciated them for choosing the Institute as part of the places to visit to mark their 2022 CONTECH and AGM.

“We are indeed honoured for this; AMTDI is largely a composition of engineers, technicians and technologists who are contributing their quota in no small way to ensuring that the mandate of the Institute is optimally achieved,” he stated.

He wished them a happy stay in Taraba and prayed for a fruitful CONTECH and AGM.

The highpoint of their visit was the facility tour.