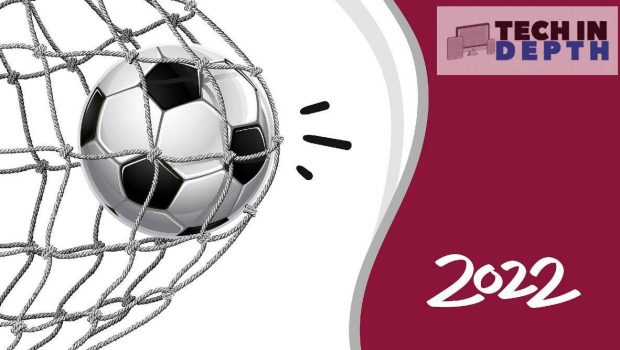 Tech InDepth: VAR, Goal-Line Technology and other tech used during the World Cup

If you’ve been watching the FIFA World Cup 2022, you know that the VAR technology during the matches is one of the most crucial aspects of refereeing big matches. There are also a number of other technologies in action like Goal-Line Technology and Semi-Automated Offiside technology that are used in larger, modern football matches.

With sports like Football picking up the pace, technology has become a part of the sport and in today’s edition of Tech InDepth, we look at how VAR and other technological advancements work to decide important reviews in football matches, from offside calls to foul tackles.

VAR stands for video assistant referee, which is the equivalent of the third-umpire in cricket. The VAR is not present on the pitch like the main referee and the linesmen, but instead sits in a room where the VAR has access to multiple camera feeds and advanced software.

This allows the VAR to replay key moments where an on-the-spot decision could be difficult to deliver. The multiple camera angles are used with software to slow down footage and take a call.

The use of VAR has resulted in more fouls and offsides being detected in-game than ever. In the currently ongoing 2022 World Cup, VAR was a huge part of big teams losing games in the group stage, including Argentina vs Saudi Arabia and German vs Japan.

What is goal-line technology?

As the name suggests, goal-line technology determines if the ball actually went inside the goal. As per football’s rules, the football must completely go inside the goal line between the two poles, at any height below the crossbar.

Before the technology was in use, goals like the following would often not be given as referees could not determine if the ball had completely crossed the line during fast plays. Check out this infamous disallowed goal from an England vs Germany game.

Goal-line technology, which has been in implementation for years now is super useful, in both international tournaments like the world cup as well as league games.

What is Semi-Automated Offside technology?

VAR is neat when it comes to detecting offsides in Football, however, a lot of time is wasted during every VAR review, which also happens to be a big mood-killer in the middle of games as everyone feels the loss in momentum. Both football in general and the fans needed something that could do the job faster.

Enter Semi-Automated Offside technology, a tech that is powered by a new ‘limb-tracking’ approach. This involves a sensor on the ball and dedicated cameras in the stadiums that use data to determine if a player was offside.

This data is sent to the control rooms 500 times every second, altering them every time a player is caught offside.

When a player is caught offside, an animated graphic is shown to the fans that helps depict how close or not the offside call was. The tech is aimed to reduce the time needed to point out offsides in under 25 seconds.