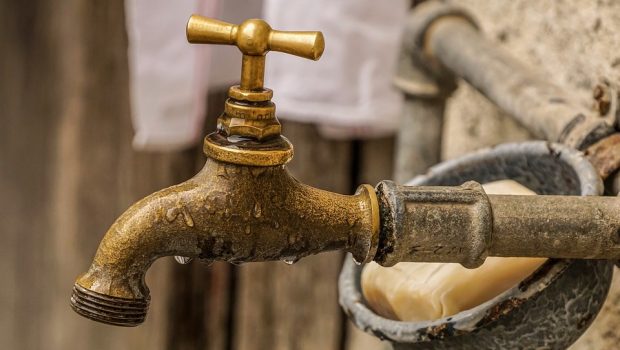 IN the mid of the UN COP27 summit in Egypt, the city of Dar es Salaam and other parts of Tanzania face severe water shortages that were brought on by drought.

At the UN COP27 heads of state, ministers and negotiators, along with climate activists, mayors, civil society representatives and CEOs convened in the Egyptian coastal city of Sharm el-Sheikh seeking solidarity to respond to the climate change emergency.

Tanzania is renowned to have abundant resources of freshwater from all angles, including river basins, lakes and natural wetlands. From the geographical point of view, Tanzania is part to at least 11 transboundary water resources in the form of lakes and rivers (NWSDS, 2008).

The main sources of water in Tanzania's mainland are rainwater, surface (rivers, streams, impoundments, springs, lakes, and dams), and groundwater. Tanzania has been gifted with using fresh surface water and groundwater for centuries but seems now the supply is not enough.

he main investment made by the government in water sectors was tapping surface and underground water, treating and supplying to the households while agriculture irrigation, industries mining, and other sectors tap water from the same sources.

The water shortage that we major cities are facing currently is derived from a combination of factors including escalated demand of water due to rapid urbanization and climate change impacts.

Fresh water is a renewable resource but there is ongoing depletion of fresh water globally. The population of Tanzania has been fast growing since independence in 1961 when the population was around 10 million.

Data from the Population and Housing Census of 2022 indicate that there are about 61.7 million people. This indicates an increase in demand for freshwater for domestic use as well as for expanding economic activities such as agriculture, mining, livestock keeping, manufacturing, and so forth.

Nevertheless, sources of water supply have been the same for decades, leaving ever-growing dependence.

Therefore the existing rapid growth of demand unmatched the constant supply of fresh water and this puts pressure on water provision services all over the country. But at the same time on-going climate changes and their impacts such as long drought periods keep worsening the water supply shortage hitherto..

The economic theory of scarcity indicates that resources are always scarce while demand is infinite. With production reaching its maximum limitations, the only way you can increase supply to meet the increasing demand is either through advancement in technology or innovation of new resources.

With on-going water crises, waiting for rainfall to curb water shortage is not a sustainable solution.

Currently, there is a scramble for water between human beings, domestic animals, wild animals, fish, and other living organisms. Since a human being has the intelligence to think beyond the box and innovate solutions, then animals, plants and other organisms depend on us to find a sustainable solution for water supply to sustain the whole ecosystem.

This among others, calls for the need for engaging innovative technologies in curbing water shortage across the country.

Because of the shortage of water, the prices for water for domestic use from business people who supply underground water have sharply increased. Since water is a basic need, people have no choice, but rather decrease their spending on other commodities and purchase water. This suppresses demand from other sectors and therefore affects the economy at large.

The ongoing freshwater shortage harms sanitation and may results to public health crisis such as diarrhoea, cholera, dysentery which can cost people lives.

Livestock keeping and freshwater fishing sectors also are affected as they highly depend on the presence of surface and underground water. Wild animals also depend on the same sources of water and with the ongoing drought, we will see death and shifting of animals from our parks to a community searching for water. Also, there is a danger of extinction of some species of freshwater fish which are the source of food and income for fishermen.

Trade performance will also be affected in Tanzania because Tanzania's exports are mainly agricultural goods. The shortage of water will affect both irrigation schemes and while a drought affects rainfall-fed farming and therefore overall production and export will drop.

Water technology will allow us to take advantage of the production of freshwater such as recycling wastewater, and desalinated water to cover the ongoing shortage of fresh water. This will increase the freshwater supply, meet the demand and stabilize the market for freshwater supply.

There is a need for reforms in the water sector to increase the involvement of private sectors both with large and small enterprises to attract more investment in freshwater production.

One of the agendas discussed at the COP 27 summit is the promotion of climate technology solutions to the climate crisis. The Technology Executive Committee (TEC) and Climate Technology Centre and Network (CTCN) - the two bodies of the Technology Mechanism under the UNFCCC and Paris Agreement - launched their joint work programme to accelerate the deployment of transformative climate technologies that are urgently required to tackle climate change.

Attracting innovation and investment in modern freshwater production technology will increase domestic water supply as well as supply to other sectors such as agriculture, energy, fish farming, industrial, mining, and other sectors that depend on water supply. Sufficient financing and Public-Private Partnership (PPP) on modern technology in freshwater production is the key when there is an assurance of the market for water service supply.

In the PPPs, the government can focus on supplying fresh water in rural areas, and for marginalized populations both in urban and rural areas while private enterprises can focus on the remaining market segments including recycled water for the industrial and irrigation schemes.

Countermeasures to be put into practice to align the technology in the water production process include waste water recycling interventions. Innovation in wastewater recycling technology for domestic uses like toilet flushing, gardening even clean water for cooking and drinking is an opportunity for SMEs and start-ups to take advantage of it.

Get the latest in African news delivered straight to your inbox

We need to confirm your email address.

To complete the process, please follow the instructions in the email we just sent you.

There was a problem processing your submission. Please try again later.

This will allow human being to reduce pressure on traditional surface freshwater sources and allows livestock, fishes, and other living organisms that typically depend on nature to take advantage of these sources.

To address extreme weather events like drought which brought water shortage is imperative to ensure future life. This includes the planting of trees, reducing carbon emissions, reducing pollution in water sources, and so forth.

Tackling climate change alone cannot be enough due to the fast population growth that we have. Community engagement, sound policies, and water financing are critical to ensure that we are moving toward a green economy.

Engaging the future generation; our education system can be another angle of focus for sustainable freshwater production and environmental conservation. Our curriculum should allow our kids to understand the crises the earth is facing now, and give them opportunities of understanding, innovate, and engage in the green economy.

To conclude, human beings have been depending so much on nature when it comes to freshwater supply and with current conditions of rapid population growth and climate change impacts, our traditional freshwater sources cannot sustain us all.

There is a need to invest in modern technology for the production of freshwater to curb water shortage and leave natural sources to other organisms to support the ecosystem. Modern freshwater production technology requires investments, innovations, and embracing PPPs widely to enable it to meet the ever-growing demand for freshwater.

The writer is a trade economist and researcher, a lecturer at the Centre for Foreign Relations and can be reached through janee2malleo@gmail.com