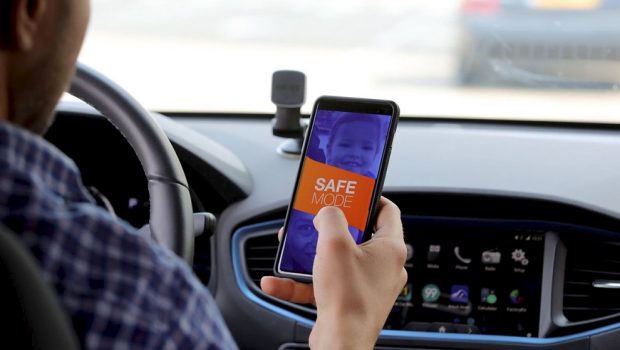 Phone-blocking technology has been fitted in food delivery trucks operated by Shufersal, the Israeli supermarket chain.

The system, developed by SaverOne, based in Petach Tikva, central Israel, identifies the driver’s phone and disables non-essential apps while they’re moving.

It’s been installed in 19 out of a fleet of 150 large trucks on trial basis and could be rolled to include many more vehicles, including those used for home delivery.

SaverOne’s technology is aimed primarily at commercial and private vehicle fleets. The company says new legislation on driver distraction in the EU is likely to drive demand.

“Delivery trucks are more prone to accidents than average if drivers use their phones to organize their work and to navigate to their delivery destination while driving,” said Ori Gilboa, CEO of SaverOne.

“Given the significant time that these drivers spend on the road and their reliance on their phones for their work, their phones also have the potential to cause a distraction from non-essential apps while driving.”

The SaverOne system specifically recognizes the driver area in the vehicle and prevents the driver from accessing distracting applications such as messaging, while allowing navigation and other apps that don’t need user intervention or consent.

While in safe mode, incoming messages are not displayed on the phone. The sender receives a pre-defined automatic message to say the driver can’t respond.