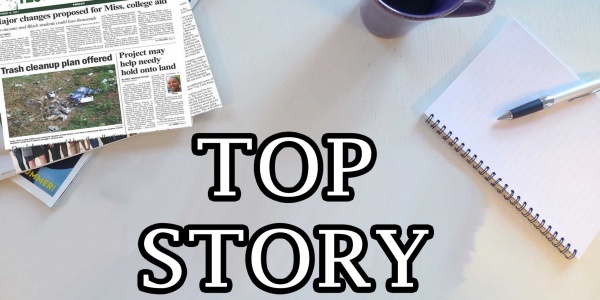 Reggie Matthews, the campus director of information technology, told college trustees this month that 77 security cameras have been installed across campus and are managed through the OpenEye cloud-managed video surveillance service.

Even at that number, however, “we need more cameras outside,” Matthews said.

Matthews said SMCC has partnered with a company called NovaForce to boost cybersecurity.

NovaForce will help to scan for possible scam emails and also send test emails to employees to see if they open suspicious emails that they shouldn’t.

To any that opens such an email, “the company will send another email with a link to a video on scams and how to recognize them,” Matthews said.

He said he also wants to look at working with a company called Cohesity to protect and back up SMCC’s online records. Pearl River Community College suffered a ransomware attack in November, and he said the company helped PRCC recover all of its records.

Also in his update on the campus infrastructure, Matthews said the campus phone system has been moved from C Spire to AT&T, which is expected to save the school $30,000 a year.

Every building on the Summit campus except the Alford-Conerly dorm, is now equipped with wireless internet capability, and the Woodville campus has been upgraded to a faster internet service.

All faculty members are getting Microsoft Surface laptops to replace desktop computers, he said, and several programs on campus have received smartboards to enhance instruction.

In other business, the board:

• Approved a $3,362 change order to the library renovation project to move water, sewer and electrical lines, so that a planned outdoor plaza can be located closer to the west entrance.

• Approved an additional oil lease for Resource Acquisition Services, which gives the company rights to an additional 60 acres for three years. The 60 acres will be accesed by diagonal and horizontal drilling techniques, to reduce impact to the surface above the exploratory area.

• Retained board officers Reggie Jones as president, Bobby Nelson as vice president and the Rev. Robert Vick Jr. as secretary.

• Heard from school President Dr. Steve Bishop that spring schedule assignments are up about 9% from the previous spring, and dormitories are almost full.

• Noted that 43 inmates at the Wilkinson County Correctional Facility that took classes through SMCC were recognized for successfully completing their classes.

• Learned SMCC would be one of eight community college in the state to host four middle-school basketball teams in a playoff tournament — South Pike, Bailey of Jackson, Jefferson of Columbia and N.R. Burger of Hattiesburg. The winner here would advance to East Mississippi Community College to play the winner from Hinds Community College.