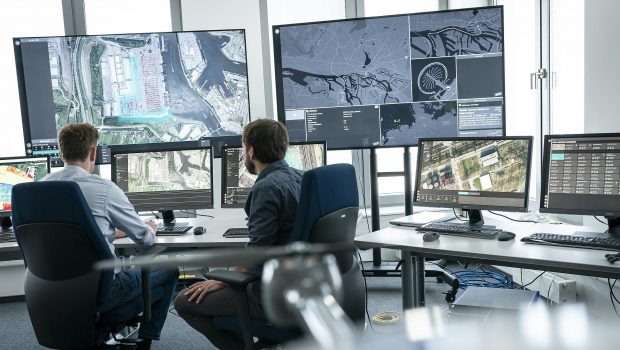 The entire system was tested, including communication between the drones and the Integrated Control Centre.

This is the first time that an industry-standard Internet of Things (IoT) drone system has been cybersecurity-certified, and as a result, the system provides companies and authorities with the highest level of protection against mobile robot hijacking, the manipulation of routes and clearances.

It also provides protection against the interception or manipulation of video streams, other sensor data or the activation of functional elements on a logistics drone, such as enabling the cable winch or the opening the holding device for transport goods.

“Our customers often operate in critical infrastructures. An IoT strategy that embeds security and cybersecurity from the outset is just as important to them as the efficiency gains from using automated drones. Our customers will only deploy an adequately cybersecure product that supports their business continuity – and we must ensure that the level of protection remains permanently high,” said Matthias Gronstedt, Managing Director, HHLA Sky.

“We see cybersecurity as a management task and therefore have a holistic approach to our own security strategy. For example, we foster a corporate culture in which it is clear to all team members that cybersecurity touches on the responsibility of each individual. This, too, enables us to design enormously resilient cyber-physical systems such as the Integrated Control Center, to provide our customers with the highest level of security,” added Lothar Müller, Managing Director at HHLA Sky.

As per a global study done by the rating agency Moody’s, it has classified critical infrastructures with very high cyber risks are energy, gas and water sectors. The agency has also included the technology industry among the high-risk sectors.

According to the Cybercrime Magazine’s forecasts, “Cybercrime will cost the world $8 trillion in 2023. If it were measured as a country, then cybercrime would be the world’s third largest economy after the US and China.”

Mobile Robot Management systems for drones heighten the possibility of attack due to their complexity and interconnectivity.

Intelligent firewalls must therefore be raised to meet the increasing degree of automation in drone operations and the deeper the mobile robots are networked with the production systems.

This is the reason why cybersecurity is also one of the decisive factors for the safe operation of automated unmanned aerial vehicles (UAVs) as well as in future, autonomously flying UAVs.

Especially, in case of missions in critical infrastructures, or in general urban areas and in all airspaces where drones are operated with manned aviation.

HHLA Sky’s drone system is now cybersecure protected. Even the transmission of often sensitive sensor data is encrypted end-to-end. Access is only granted to authorized persons.

Human errors, which offer additional areas of attack, are ruled out as far as possible by standard operating procedures, such as those used in civil aviation.