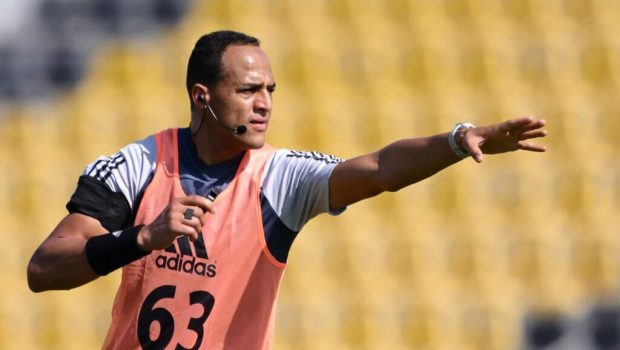 Whether it’s in the pub with friends, around the family dinner table or on social media, the performance of the officials or applications of laws and technology is never far from the conversation.

Ahead of Sunday’s big kick-off at the 2022 World Cup, here is everything you need to know and what to expect from the men and women in the middle, and how technology will be used.

There was widespread praise, from fans, players and pundits, back in October as Anthony Taylor rarely reached for his whistle in Liverpool and Manchester City’s helter-skelter clash at Anfield.

But FIFA’s referees committee chairman, Pierluigi Collina, has said that player safety and strict sanctions are at the forefront of his plans for the tournament, promising a hard-line approach on dangerous tackles, obstruction and simulation.

Addressing the media in his pre-World Cup press conference, he said: “The best players in the world are presented here and it would be a shame if some of these players wouldn’t be able to play due an injury caused by an opponent.

“So the first message we want to pass through and the main recommendation we gave our referees is to protect the players’ safety. We don’t want to have, on the field of play, some challenges that may really endanger the safety of a player.

“We have already visited all the 32 teams’ camps here in Doha to give them the same kind of information we gave to their coaches before to be more effective. Whenever there is something that may endanger the safety of an opponent, players and coaches should expect a very strong disciplinary sanction, which is a red card.”

Showing examples from international matches throughout his press conference, the legendary Italian referee also provided his no-nonsense stance on simulation and dissent. He added that there is no place for any forms of disrespect, whether aimed at the referee or the opposing team.

Collina also spoke of the respect he — and the refereeing group — have for those watching inside the stadiums and around the world.

Identifying incidents such as injury treatments, substitutions, penalties, red cards and goal celebrations, he focused on the accuracy of half-time and full-time stoppage time.

“Imagine if there are two or three goals scored in a half, it’s easy to lose three, four or five minutes just to goal celebrations,” said Collina. “This time has to be considered and compensated at the end and, in addition, the time lost due to VAR intervention.

“During matches in Russia, it became quite normal to have the fourth official showing the electronic board with seven, eight or nine minutes on it. The purpose is to offer more show to those who are watching the World Cup.”

After a peak of 28 red cards at Germany 2006, there were 17 in South Africa, 10 in Brazil and only four in Russia. But Collina’s comments suggest we might expect more in Qatar.

Will VAR be in operation at the World Cup?

VAR made a strong full competition debut back at the 2018 World Cup in Russia, with football fans were generally impressed by what they had seen. However, four years later, the mood has drastically changed.

West Ham manager David Moyes was outspoken after his side were denied a goal against Chelsea — one of several controversial incidents that were subsequently reviewed — while Tottenham’s Antonio Conte said last month that the system was “causing damage” after seeing goal for his side ruled out in the Champions League.

VAR will be used once again in Qatar to support the decision-making process of the referee in four match-changing situations:

The VARs will work from a centralised video operation room in Doha and have access to 42 broadcast cameras —  eight of which are super slow motion and four of which are ultra slow motion. To help information flow, a FIFA staff member informs broadcasters and commentators about the different steps of the review process, including the reason for and outcome of the review via a tablet device.

How will offside decisions work at the World Cup?

The officials will have some further help at the World Cup as semi-automated offside technology will be used.

The technology was used with success during the latest Champions League group stage, with a specialised camera-based system aiming to make offside decisions “quickly and more accurately”.

Initially, the on-field assistant referee will be tasked with making the decision to raise their flag and signal that a player is in an offside position. However, as we have seen across Europe, they will often wait to signal offside until the period of play has come to an end as an incorrect premature flag could cost a team a goalscoring opportunity.

The semi-automated offside technology will come into operation in the instance when a goal has been scored or a potentially match-defining decision has been made (penalty or red card). It will check whether or not the goalscorer, or any players involved in the build-up, has strayed offside at any stage.

The technology uses 12 tracking cameras underneath the roof of the stadium to track the ball as well as up to 29 data points on each player. Those 29 data points include all limbs and body parts that are relevant for making an offside decision.

An inertial measurement unit (IMU) will be placed inside the centre of the ball and it will send data to the video operation room 500 times per second which will allow for accurate detection of when the ball has been kicked.

As soon as a player receives the ball in an offside position, the technology provides an automatic alert to the officials in the video operation room. Before informing the on-field referee of the decision, the video match officials must validate the decision by confirming that the kicking point and the automated offside line are correct.

This entire process takes a matter of seconds which allows for much quicker decisions to be made.

Will we be able to hear the conversations between the VAR and the on-field referee?

In the last few years, there has been plenty of demand from football supporters to hear the conversations between officials when a VAR decision is being made.

Sports like rugby and cricket are often highlighted as good examples of where fans can listen to those discussions but that feature has not yet been introduced into football.

Those VAR conversations will stay private for the 2022 World Cup, as confirmed by Collina in his press conference. He suggested that it could change in the future but, for now, fans won’t be party to the all-important chats.

Will goal-line technology be in operation at the World Cup?

Unlike VAR, goal-line technology has been well received across the football world since its introduction in 2014.

Other than a few mishaps, notably at Villa Park in 2020 when a Sheffield United goal was wrongly adjudged not to have crossed the line, it has been repeatedly able to verify tight decisions to the eye.

After being used around the world over the last eight years, goal-line technology will be used once again at the World Cup.

Which match officials will be at the World Cup?

They have been selected from 29 countries based on their quality and performances delivered at FIFA tournaments as well as other domestic and international competitions.

Michael Oliver and Anthony Taylor will be the two referees representing the Premier League in Qatar, while Simon Bennett, Gary Beswick, Stuart Burt and Adam Nunn are the four English assistant referees that will work alongside them. 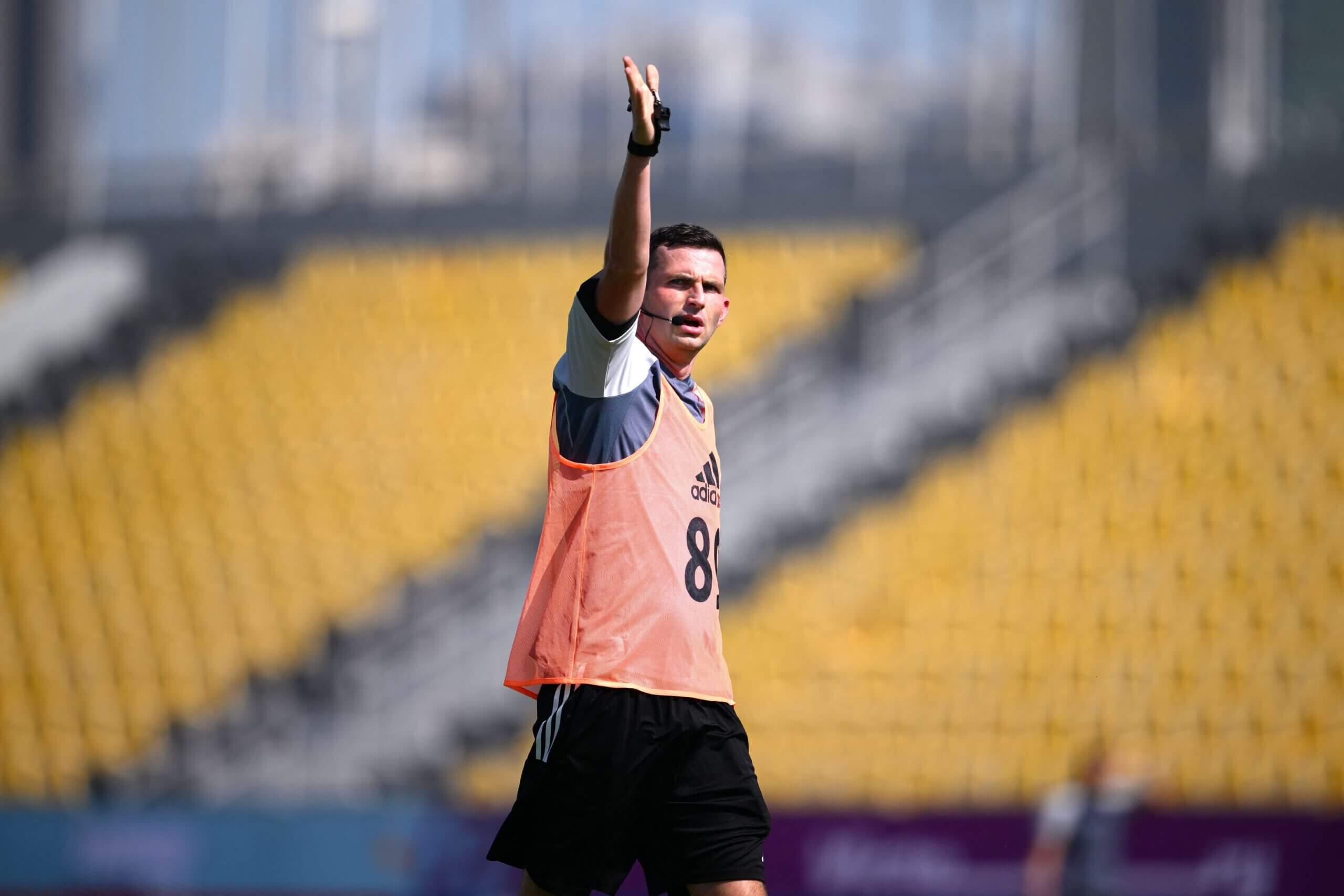 Michael Oliver and the other World Cup referees have been training in Qatar ahead of the tournament (Photo: Anne-Christine Poujoulat/AFP via Getty Images)

Daniele Orsato of Italy will referee the opening fixture between the hosts and Ecuador on Sunday 20 November.

For the first time in history, there will be female officials at a men’s World Cup with three female referees and three female assistant referees appointed within the group of officials travelling to Qatar. Stephanie Frappart, having already refereed in Ligue 1 and the men’s Champions League, will now officiate at the men’s World Cup, along with Rwanda’s Salima Mukansanga and Japan’s Yoshimi Yamashita.

Here is the full list of all the officials:

Have any new rules been introduced for the World Cup?

There are a couple of changes to the rules this year, largely adapted because the World Cup is being played right in the middle of the European season.

Firstly, the managers will be able to select 26-man squad rather than the 23-man squads that we have seen in previous years. Nations which competed at Euro 2020 will be used to picking the extra three players as that particular rule was brought in by UEFA in response to the Covid-19 pandemic which threatened the involvement of some players at that tournament.

It is the first time 26-man squads have been allowed at a World Cup but managers will still only be allowed to pick 23 players in their matchday squads which means three players will miss out in every game. The Athletic has detailed rules around squad changes in the event of injuries here.

Secondly, as we have seen across domestic leagues in the last couple of years, five substitutions are allowed. However, there is one stipulation to that rule as the changes can only be made in three separate windows.

That means that if a manager wants to make five subs, he must make three in one of the windows or two pairs of changes in two separate windows.

Should a knockout match go to extra-time, managers will be allowed to make one extra substitution. Another substitution window will be made available to allow for that extra change.