pytbull is an Intrusion Detection/Prevention System (IDS/IPS) Testing Framework for Snort, Suricata and any IDS/IPS that generates an alert file. It can be used to test the detection and blocking capabilities of an IDS/IPS, to compare IDS/IPS, to compare configuration modifications and to check/validate configurations.
The framework is shipped with about 300 tests grouped in 11 testing modules:
It is easily configurable and could integrate new modules in the future.
There are basically 5 types of tests:

In this mode, the IDS is plugged on the span port (or port mirroring) of the core switch and is configured in promiscuous mode. The IDS analyzes all traffic that goes through the core switch. Malicious files can be downloaded either by pytbull or by the server. This mode is called "remote". 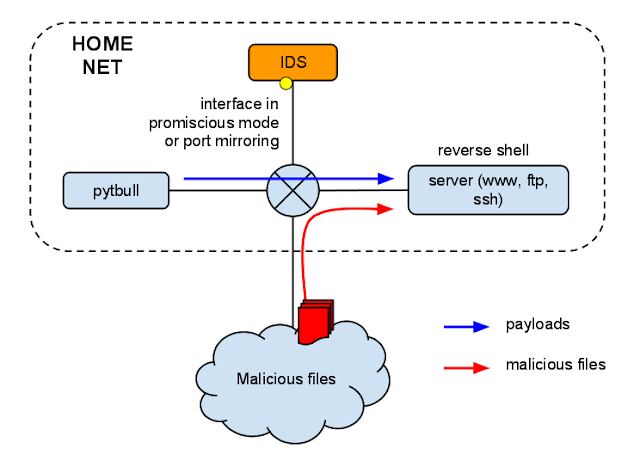 In this mode, files are downloaded on the client pytbull is started from.

In this configuration, a firewall splits the network into 3 parts (lan, wan, dmz). The IDS is plugged in a span port (or port mirroring) of the switch with its interface configured in promiscuous mode. It will analyze every traffic that is sent to the LAN interface of the firewall. 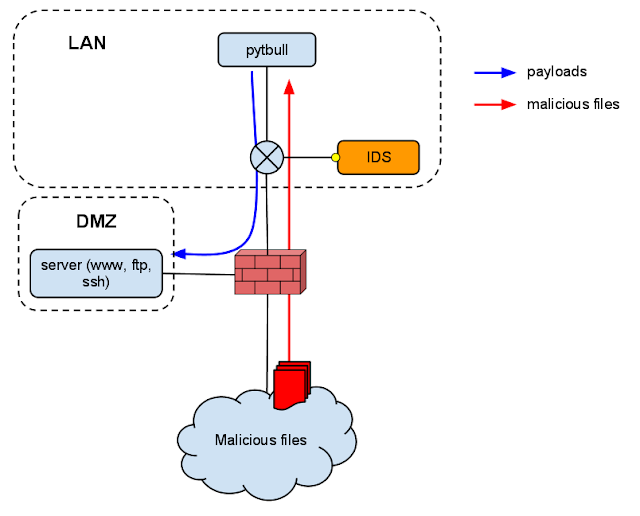 In this configuration, a firewall splits the network into 3 parts (lan, wan, dmz). The IDS is plugged between pytbull and the firewall. To give the IDS a chance to detect the malicious files, pytbull has to download the infected files itself. 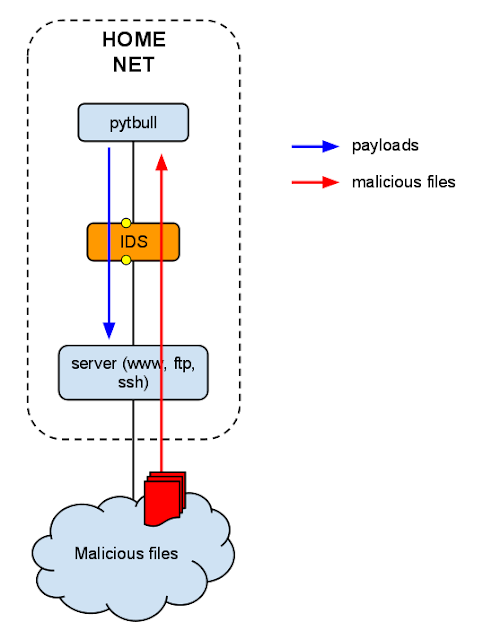 In this configuration, a firewall splits the network into 3 parts (lan, wan, dmz). The IDS is plugged between pytbull and the firewall. Malicious files have to be downloaded by pytbull directly to give the IDS a chance to detect them. 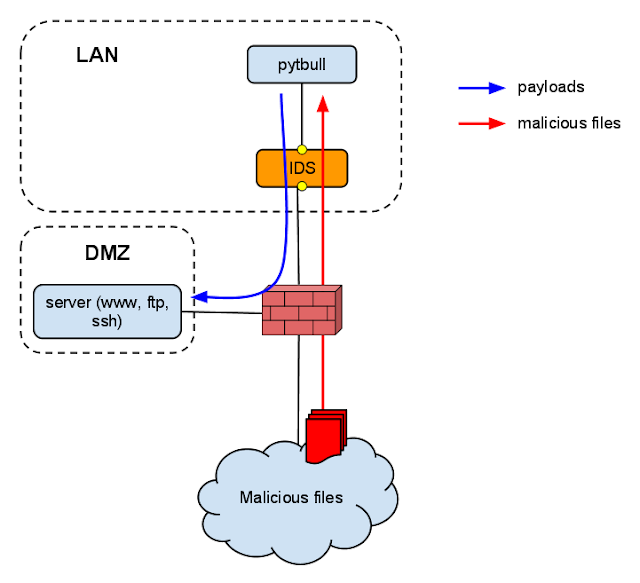 If you have selected the clientSideAttacks module (see configuration file section for more information), you will need to start the reverse shell on the server. Following command uses port 34567/tcp:

Since the files are downloaded in the current directory, you can create a pdf/ directory and start pytbull from the parent location:

Notice that you will need to adapt (config.cfg) the port used by the reverse shell if you use the optional parameter -p on remote side.