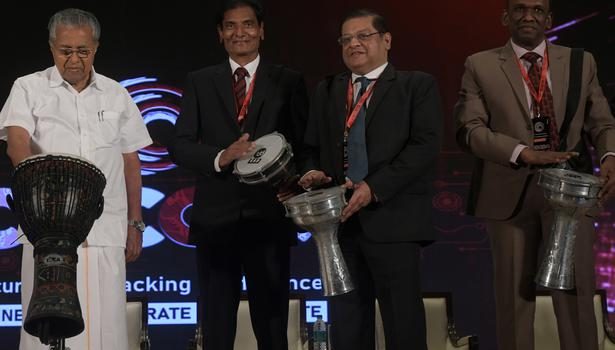 Public and private sectors ought to build a partnership to work out strategies to improve cybersecurity, since increasing digitalisation in different walks of life post-pandemic has resulted in a drastic rise in ransomware attacks, bank frauds, data thefts and manipulations, online crimes against children, and social media-based crimes, Chief Minister Pinarayi Vijayan said here on Friday.

He was speaking after inaugurating ‘c0c0n 2022’ - the 15th edition of the International Cybersecurity and Policing Conference. Along with individuals, government agencies too must be on the guard against cyber attacks, since their functioning too is becoming digitalised.

Women and children are increasingly becoming victims of cybercrimes such as pornography, stalking, cheating, and hacking. Most of them happen due to lack of awareness and adoption of poor cybersecurity measures. “Cybercrime figures released by Interpol and the National Crime Records Bureau (NCRB) clearly point out that our children and youth are under constant threat in the cyberworld, and if digital devices and services are not used with caution, they may fall victim to cybercrimes. Both children and parents need to be educated on the safety steps to be taken before using social networking sites. This conference ought to address this problem in detail and suggest innovative strategies to deal with it,” Mr. Vijayan said.

The Kerala Police have emerged as pioneers with regard to the use of technology in policing and their unique projects like Cyberdome, Drone Forensic Lab, Countering Child Sexual Exploitation Cell, and Pol-App have been recognised globally. They have also been using social media in both policing and to create awareness, the Chief Minister said.

He also launched Eagle Eye, an anti-drone vehicle of the police. The vehicle launched by the Drone Forensics department of the Kerala Police will capture drones that are being flown in the State at designated places without prior permission from the government or the the police. This is the first time that a police force in India has rolled out such a vehicle with the aim of preventing drone attacks and unauthorised drones.

The anti-drone system works by detecting drones and neutralising them, within a radius of 5 km.

Close on the heels of Operation P-Hunt of the Kerala Police receiving accolades from Interpol, a Canada-based cyber forensic software manufacturer, in recognition of the crime investigation activities of the Cyberdome, which included Operation P-Hunt, presented a software tool as part of its CSR project to the Kerala Police. Magnet AXIOM and Magnet OUTRIDER are the forensic software tools used by most crime investigation agencies.

These software licences, which can be used for a year, were handed over by Danny Bolduc, vice president of Magnet Company, to State Police Chief Anil Kanth at the conference venue. The forensic software licences will further strengthen the operations of the Counter Child Sexual Exploitation Centre (CCSE) of the Kerala Police, said an official release.

In his presidential address, Minister for Industries P. Rajeeve said cybercrimes loomed large even as the cyberspace provided opportunities for economic growth and better governance. Cybercrime investigators ought to improve their technical and legal expertise in tackling cybercrimes, he said.