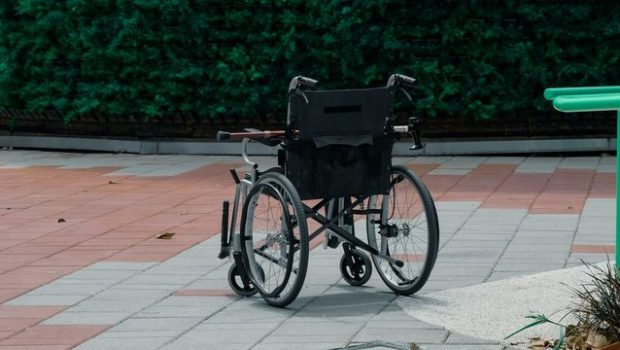 Researchers from the University of Texas at Austin have demonstrated that paralyzed individuals can operate mind-controlled wheelchairs in a training experiment. The study is published in iScience.

Brain-machine interfaces (BMIs) measure and analyze brain signals, translate the signals into commands and relay these commands to an output device, which can then perform the desired action. An example output device is a mind-controlled wheelchair that could support paralyzed individuals in becoming more mobile.

Despite progress in BMI technology, its utility in a clinical or “real-world” setting is inconclusive at this stage. How easily can it be operated? Does it require a level of skill such that the individual using the BMI is learning to operate the device, while the BMI learns from the individual’s brain?

A new study by researchers at the University of Texas at Austin, led by Professor José del R. Millán, asked whether BMI skill acquisition is key to controlling a non-invasive BMI-operated wheelchair in real-world settings. "We show that mutual learning of both the user and the brain-machine interface algorithm are both important for users to successfully operate such wheelchairs," says Millán. "Our research highlights a potential pathway for improved clinical translation of non-invasive BMI technology."

Accuracy of control improves with training

Millán and colleagues recruited three tetraplegic participants for their study, who underwent training sessions three times per week for two to five months. Electroencephalography (EEG) readings were obtained from each participant using a skullcap, which could then be converted to commands for the operation of the wheelchair. The patients were asked to think about moving their body parts to control the direction of the wheelchair – moving both hands to turn left, and both feet to turn right.

A form of paralysis that affects both arms and legs.

At baseline (training session one), the participants demonstrated similar levels of accuracy (43–55%) using the BMI-controlled wheelchair. However, throughout the training program they found that this accuracy could be improved. Participant one’s accuracy increased to 95% by the end of the training, and participant three’s accuracy reached 98% mid-way through the program.

The researchers say that the increases in accuracy align with improvements in feature discriminancy, which is the algorithm’s ability to distinguish between the brain patterns that encode a left turn vs a right turn. The data suggest that the improved feature discriminancy is also a feature of the participants learning – the EEG results showed brainwave pattern shifts as accuracy improved. "We see from the EEG results that the subject has consolidated a skill of modulating different parts of their brains to generate a pattern for 'go left' and a different pattern for 'go right,'" Millán says. "We believe there is a cortical reorganization that happened as a result of the participants' learning process.”

What about the second participant?

Participant two had no changes in brain activity patterns throughout training that were significant. Instead, their accuracy increased slightly during the first few sessions before remaining stable for the duration of the training period. In Millán’s opinion, this demonstrates that machine learning alone is not sufficient to successfully maneuver mind-controlled devices in all patients.

At the end of training, all three participants were required to drive their wheelchairs across a cluttered room, avoiding obstacles such as a room divider and hospital beds. Participants one and three completed the task successfully, however, participant two failed. "It seems that for someone to acquire good brain–machine interface control that allows them to perform relatively complex daily activity like driving the wheelchair in a natural environment, it requires some neuroplastic reorganization in our cortex," Millán says.

Persistency may be key for mind-controlled wheelchair use. Participant one’s performance by the end of training was impressive, but the researchers say that they struggled using the device initially.

While the study sample size is notably small, this research is one of the first to assess the potential translation of non-invasive BMI technology in tetraplegic individuals. Millán and colleagues are now working to understand why participant two did not experience the learning effects, focusing on brain signal data to explore how this differs between participants and what interventions might be useful to help patients struggling with the learning process in the future.

This article is a rework of a press release issued by the University of Texas at Austin. Material has been edited for length and content.