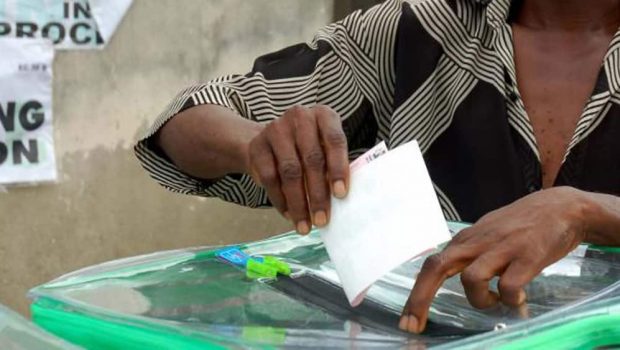 A former top official of the Nigeria Independent National Electoral Commission (INEC), Oluwole Uzi-Osaze, says the election management body cannot use facial recognition technology to determine the ages of registered voters suspected to be below the legal voting age in the country.

The former director of voter education at INEC was speaking on a local TV in response to questions related to underage voting, which is common, especially in the Northern states of Nigeria, Africa Press reports.

The official suggested that to tackle the problem of underage registrants, INEC staff must be alert to identify those who have not attained legal voting age. He also lamented that in some communities, parents bring along their children for voter enrollment without any proof of ID, such as birth certificates, which puts a lot of pressure on INEC personnel.

The underage voting issue comes at a time when INEC published provisional voter lists for registrants to report any mistakes for correction before the final register is drawn up ahead of general elections early next year.

The Commission was also sued in August to allow biometric authentication of voters without voter cards.

Nigeria’s Kaduna state officials say they are partnering with the United Nations Children’s Fund (UNICEF) to bring formal education to thousands of kids in the Almajiri system, Ripples reports.

The Almajiri is a system of education in northern Nigeria where male children between the ages of 4-12, mostly from low-income families, are taught Islamic knowledge, usually away from their parents.

Commenting on the news, the deputy governor of the State, Dr. Hadiza Sabuwa Balarabe, said their partnership with UNICEF will bring financial inclusion to the kids through a cash relief program, as well as promote the issuance of birth certificates and digital ID.

The deputy governor explained that the program would begin with a cash distribution of 5,000 Naira each (US$11) to 2,674 children, and the amount will be subsequently increased to 10,000 Naira (US$22).

According to the report, financing for the program will mainly cover school fees and school meals.

A press release issued by the NIMC notes that the inaugural Accelerator program is meant for a select group of African officials who are playing a crucial role in reimagining how states can harness the potential of technological innovation in spurring socio-economic development in the 21st century.

Aziz has been hailed for driving Nigeria’s digital ID program, which the country sees as an essential pillar of its economic growth.

He was appointed director general of the NIMC in 2015 when Nigeria had just seven million people enrolled for the digital ID. He is credited with taking the number to over 90 million in under seven years.