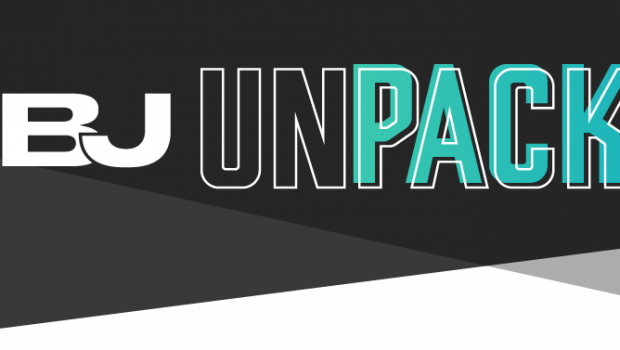 Moving the needle for sports technology

Publishing notice: SBJ Unpacks will not publish tomorrow ahead of the holiday. It will return Monday, Nov. 28.

Tonight in Unpacks: SportTechie and SBJ announced its Power Players in Tech, highlighting the innovators and stewards in sports technology.

This week, SportTechie and SBJ introduced the Power Players: Sport Technology of 2022, featuring 53 people from 46 companies, teams and leagues who are ushering in technological innovation in sports.

While some of the honorees may be big-name athletes embracing tech, much of our list includes analysts, engineers, entrepreneurs, investors -- and yes, even evangelists -- that want to use tech to lift performance in sports, be it for business, on the field or over the internet.

Some of the honorees include:

Driveline Baseball has helped push data-driven innovation in the sport.

When Oak View Group started work on the old Baltimore Arena’s $200 million renovation in April, Dan Griffis faced a daunting task: bagging a naming rights deal sooner than later. He told SBJ’s Bret McCormick that it’s a normally a process that takes “a year-and-half, two years.” But OVG got this deal done in just two months, thanks in part to an eager local partner in CFG Bank. Griffis confirms it’s a 10-year term north of $3.5 million with a 10-year renewal option.

"It was a very short sales cycle on this one,” Griffis said. “They started construction last March, so they needed to get going on a naming rights deal basically immediately.”

OVG partnered with the Baltimore Development Corp. and Thirty Five Ventures, which is Kevin Durant and Rich Kleiman’s co-founded venture capital firm, on the arena’s renovations. In October, it announced singer/producer Pharrell Williams was a new equity investor. The venue is expected to reopen early in 2023, and it’s already scheduled to host events like the CIAA men’s and women’s basketball tournaments and concerts for Bruce Springsteen and Blink-182, according to the Baltimore Sun.

Griffis said that the deal with CFG was “probably the easiest naming rights negotiation I’ve ever been a part of, most collaborative.” He noted that the Baltimore-based bank wants to “leverage the building to do more good for the community.”

Wrapping up this deal in such a short time likely is a relief for the busy OVG, which Griffis said has worked on 18 naming rights deals over the past 30 months.

FIFA World Cup viewership for the opening game was up big from 2018’s opening game in Russia, reports SBJ’s Austin Karp, with FS1 and Telemundo reporting a combined average for 7.23 million for the Ecuador-Qatar match. That was up 128% over the opener between Russia-Saudi Arabia (3.17 million on Fox/Telemundo).

Of course, that game was during the normal summer window for the World Cup, with a 10:30am ET start on a Thursday. Breaking it down further, Telemundo had the most viewers with 4 million during the opener (3.17 million on TV and 832,000 on streaming, including Peacock). How good was this? It beat out the numbers for all but four of the 48 group stage matches in 2018. Those four with better numbers were matches with Brazil and Mexico, key teams for Telemundo viewers.

Over at FS1, the audience for TV+streaming was 3.23 million for the English broadcast of the opener, a huge spike from 1.72 million from the Russia-Saudi Arabia match four years ago.

The most interesting nugget, though, may come from the App Store: Peacock was the most-downloaded free app Sunday and Monday.

EA Sports will launch EA College Football in the summer 2024. While some reported that this was a delay -- since EA had never revealed a release date -- it’s not an actual delay. But it is a disappointment for hopes 2023 would mark the return of an EA college football sim for the first time since NCAA College Football 2014.

In an interview with ESPN, EA Sports VP and GM Daryl Holt discussed the game’s development. Announced in 2021, EA’s Tiburon studio (which also makes the Madden NFL series) had to start from scratch on development, since the giant game publisher and developer hasn’t made a college football game since 2013.

The upcoming game won’t use the images and likenesses of players, though EA did license logos, teams and stadiums from CLC. The published declined to comment on other partners at this time.

EA Tiburon is using Frostbite, the same game engine first developed by DICE’s Battlefield team that Madden NFL and other EA games use. Frostbite offers fantastic physics, but developers have noted its shortcomings for past EA games. EA also wouldn’t disclose the size of the team working on it, noting that it’s in a different stage in its production cycle than Madden NFL and that comparing team sizes of the two wouldn't be comparing “apples and apples.”

Annual sports game franchises are among the most lucrative in the industry. They carry both a premium price tag and draw millions in in-game transactions for modes like EA’s Ultimate Team. Through October, NPD Group’s tracking of U.S. software sales show that Madden NFL 23, MLB: The Show 22 and FIFA 23 are among the top-10 best-selling games of the year.

NPD analyst Mat Piscatella tells SBJ that the last college football game to finish in the top 10 of yearly sales was 2006, when NCAA Football 07 came in third behind Madden NFL 07 and Gears of War. He added that from 2007 until the franchise's end, it mostly finished in the top 20.

The NFL is on pace to get a record number of games in the 100 most-watched shows list of the year, reports SBJ's Austin Karp.

Through Nov. 14, the NFL had 74 of the top 100 broadcasts. This includes the top game of the season, the Cowboys-Packers tilt, which drew an even bigger audience than some Wild Card games in January. Thanksgiving's anticipated NFC East duel between the Cowboys and Giants will likely top that.

The Olympics are the No. 2 property in the top 100 thanks to six nights from the Beijing Winter Games.

For the full breakdown, check out the SBJ Media newsletter.

In tonight's op-ed, Drew Barrand, commercial and sales director at Laureus, writes that brand projects that champion diversity and inclusion (D&I) have been a huge focus over the past 12 months, growing at a faster rate across the board than many other areas such as sustainability.

"Brands are appearing to prioritize purpose-led projects aimed, especially, at encouraging under-represented groups to participate in sport or physical activity that can boost both physical and mental health. Campaigns that use sport for good also have the additional benefit of helping different communities to regroup and reconnect after the isolation of two years of lockdowns. The long-term consequences of the pandemic are yet to be known, but the need to engage different groups into activity, especially underserved communities, women and girls and people with disabilities, has perhaps never been more important." 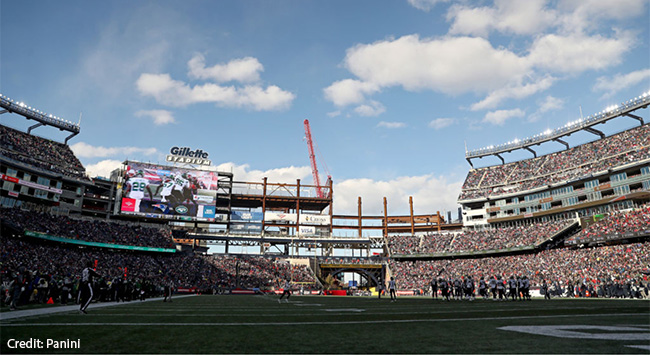