[adsense size='1']
As we know, coin mining is the key component for digital currencies, so the malware uses a botnet of infected Android Smartphones to mine for currency. Such malware does not steal data. Instead, they are capable of mining Bitcoin, Litecoin and Dogecoin using the victim's device.
"Mining can be incredibly resource-intensive and, if allowed to run without any limits, could potentially damage hardware by causing it to overheat and even burn out." researchers said. 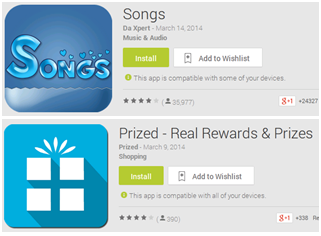 Both malicious  apps are available as free downloads for devices running Android 2.2 or later, but they were not created by the same developer. According to researchers, these malware apps will only mine when the infected device is charging.

The Smartphone's hardware is not powerful enough to mine crypto-currencies. It's not exactly a get-rich-quick scheme, so the hackers are targeting low digital currencies like Dogecoin or Litecoin i.e. easy-to-mine.
"Users with phones and tablets that are suddenly charging slowly, running hot, or quickly running out of batteries may want to consider if they have been exposed to this or similar threats," antivirus firm suggested.

Make sure you have unchecked app installation from ‘Unknown sources’ to prevent dropped or drive-by-download malicious app installs.