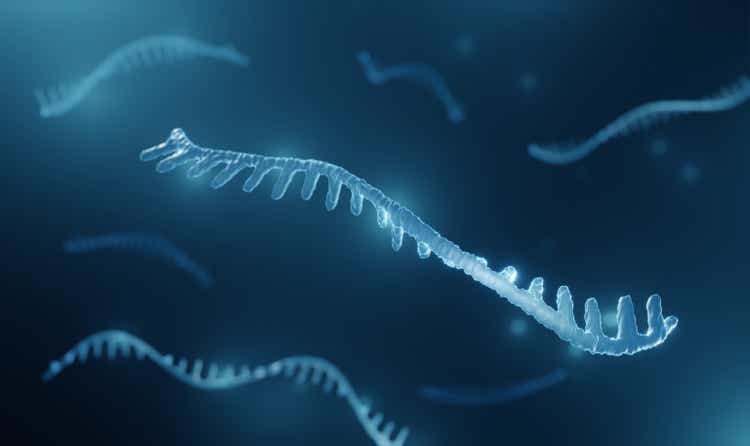 Scientists have successfully tested an mRNA-based universal flu vaccine against all 20 known strains of influenza A and B using mice and ferrets, according to a new study published in the journal Science.

Scott Hensley, Professor of Microbiology at the University of Pennsylvania, and a team of researchers developed the two-dose shot based on mRNA technology pioneered by COVID-19 vaccine makers Pfizer (NYSE:PFE)/BioNTech (BNTX) and Moderna (NASDAQ:MRNA).

Moderna (MRNA) and Pfizer (PFE) are also developing mRNA-based flu vaccines in late-stage human studies, while GSK (GSK) and partner CureVac (CVAC) are advancing a similar vaccine in an early-stage trial. However, these vaccines are designed to target only four recently circulating influenza strains.

In mice, Hensley and the team found that their universal flu shot induced antibodies specific to all 20 strains of the flu virus with anybody levels remaining stable for at least four months, according to the research published on Thursday. The investigators managed to replicate the results in studies using ferrets.

"The idea here is to have a vaccine that will give people a baseline level of immune memory to diverse flu strains, so that there will be far less disease and death when the next flu pandemic occurs," Hensley noted.

Influenza viruses are notorious for constantly evolving, which makes vaccine development difficult. Current flu vaccines from the likes of Sanofi (SNY) (OTCPK:SNYNF) (GCVRZ), GSK (GSK), and AstraZeneca (AZN) target the strains expected to circulate each year. If the prediction goes wrong, as happens sometimes, the vaccine can become less effective.