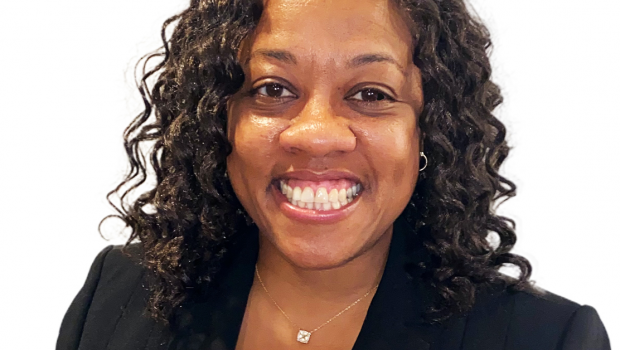 “I’ve done a lot in the Grand Crossing community, and I plan to take that experience to the other neighborhoods in (the 5th Ward), managing each area’s distinctive, unique needs,” Fisher said.

Fisher was born in Jonestown, Mississippi and moved to Decatur in central Illinois as a young child. She matriculated at Bradley University in Peoria, Illinois in 1990, graduating with a degree in business computer systems.

Since graduating, she has worked in IT in the public and private sector for more than 25 years.

Though she left the school three years later, Fisher said her time at Hirsch was impactful.

She said she encountered students where “just (them) getting to school was an issue,” due to family problems, homelessness and gang activity. “It just really opened my eyes,” she said.

During her tenure, she helped organize a fundraiser to help get the basketball team new jerseys, basic equipment and send some players to a summer skill-building camp at Bradley University. “So that was how I got introduced to the neighborhood,” Fisher said.

After Hirsch, Fisher went on to work for the central office of CPS and the Federal Reserve Bank of Chicago. She then took a job as the senior PeopleSoft security administrator for the University of Chicago, the role she currently occupies.

In 2009, she relocated permanently to Grand Crossing, purchasing a home in Revere Way, an affordable housing development built by the Gary Comer Foundation.

Concerned with “neighborhood blight,” Fisher got involved in beautification efforts; she mowed lawns and cleaned up several vacant lots.

During this time she repurposed a vacant city-owned lot two houses down from hers, turning it into a vegetable and flower garden. Fisher named the lot “Greasy Gardens” due to it being a popular site in the neighborhood for trash dumping.

The garden, which won a Chicago Excellence in Gardening Award every year from 2017 to 2019, is also used for community events, such as an annual harvest party and a Juneteenth celebration. She ultimately purchased the lot in 2018 through the city’s Adjacent Neighbors Land Acquisition Program.

Fisher is also a Master Gardener, a trained horticultural expert that serves communities through volunteer service projects, and Master Urban Farmer through the University of Illinois Extension School.

Asked about her decision to run, Fisher thought her work and volunteer experience could help her “do more” for the neighborhood.

Regarding housing, she said: “I want to make sure it’s fair, it’s equitable for people. I want to know what are (companies’) rental policies, what are the eviction policies.”

On the topic of public safety, Fisher said she is supportive of the new local Police District Councils and holding law enforcement accountable for misconduct. She also regularly attends CAPS meetings.

As for economic investment, Fisher said she would like to see more businesses in the ward. She also said that she would use her IT knowledge to help constituents learn systems like filing 311 requests.

Fisher is also a project lead for Habitat for Humanity, member of the Nature, Culture, and Human Health Network’s steering committee, president of the Greenwood Block Club and a judge for the Chicago Excellence in Gardening Awards.