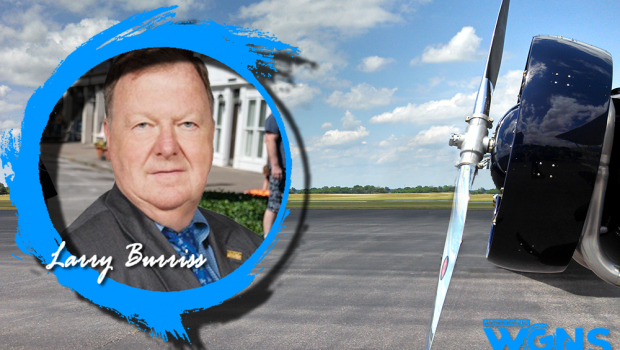 Verbatim: “We’ve talked quite a bit here about the dangers inherent in technology, the Internet and computers. Loss of privacy, stolen data and fake news.

But last week I heard about an incident in another state in which all of these problems and concerns turned out to be of benefit to at least one person. It’s a cautionary tale about just what all of these technological marvels can, and can’t do to and for us.

It seems a homeowner filed a complaint with the Federal Aviation Administration about a private pilot who buzzed his home at less than 300 feet. The concerned citizen even had video of the low-flying red-and-white aircraft landing at a local airport, making identification all but certain.

The FAA was able to find the supposedly offending pilot who was now facing a loss of license and perhaps loss of job for flying dangerously over a home and operating an aircraft in a careless and reckless manner.

First, the aircraft in question was equipped with new technology that automatically tracks, and transmits, multiple aircraft performance and flight data.

Because these reports are readily available on the Internet, some people have complained about the possibility of their movements being tracked by some not-so-nice people.

But by superimposing the flight data on relatively new Google mapping technology, the accused pilot was able to show he had indeed flown over the relevant house, but at more than 700 feet and some three hours after the video of a different, and offending aircraft. Plus, the data showed the pilot had never landed at the airport in question.

And what about the video of the actually offending red-and-white aircraft? Well, careful examination of the pictures showed the low-flying plane was a two-seater and the non-offending plane had a single-seat.

It’s also interesting that for some reason the F-A-A investigator, who was subsequently reassigned, chose to ignore all of the relevant data in an attempt to “get” the innocent pilot. And he might have succeeded, except for all of the new, often demeaned technology.

We’ve often said here it’s not the technology, it’s the people who use it are the problem. But every once in a while, the good guys win one. - I’m Larry Burriss.”

About Dr. Burriss - Larry Burriss, professor of journalism, teaches introductory and media law courses. At the graduate level he teaches quantitative research methods and media law. He holds degrees from The Ohio State University (B.A. in broadcast journalism, M.A. in journalism), the University of Oklahoma (M.A. in human relations), Ohio University (Ph.D. in journalism) and Concord Law School (J.D.). He has worked in print and broadcast news and public relations, and has published extensively in both academic and popular publications. He has won first place in the Tennessee Associated Press Radio Contest nine times. Dr. Burriss' publications and presentations include studies of presidential press conferences, NASA photography, radio news, legal issues related to adolescent use of social networking sites, legal research, and Middle Earth.

Dr. Burriss has served as director of the School of Journalism, dean of the College of Mass Communication and president of the MTSU Faculty Senate. He was appointed by Gov. Phil Bredesen to serve on the Tennessee Board of Regents. He was a lieutenant colonel in the U.S. Air Force and served on active duty in Mali, Somalia, Bosnia, Central America, Europe and the Pentagon.