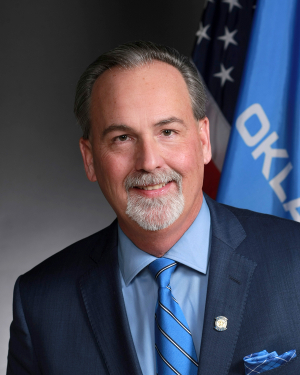 Sen. Bill Coleman will be the subject of the roast and the mission is to raise money for Pioneer Technology Center student scholarships.

Single tickets are $50 and reserved tables of eight are $500.

Coleman moved to Ponca City in 1979 at the age of 18 to help his late father, Lewis Coleman, launch radio station KPNC which debuted on the airwaves June 5, 1979.

Bill worked as the morning disc jockey and in sales even after the station sold in 1983. He remained there until 1988.

Taking a sales manager position in Texas, he left Ponca City in 1988 and worked at KIKM in the Sherman/Denison market and later was promoted to general manager.

Ken Greenwood, owner of KPNC, called Coleman in 1991 asking him to return to the station as the new general manager. Over the next 10 years they purchased four more radio stations including KLOR in Ponca City and KOKB in Blackwell.  In 2004 Coleman purchased all the interests in Team Radio from the partners and became the sole owner of the company.

Coleman is the past chairman for the Oklahoma Association of Broadcasters and for the Ponca City Area Chamber of Commerce.

He is a past board member for the National Association of Broadcasters in Washington D.C. representing member stations in Oklahoma and North Texas.

Elected to the Oklahoma State Senate in August 2018 he is serving on the committees of Business Commerce & Tourism as Vice Chair, Public Safety, Rules and Transportation.

He is a member of Woodlands Christian Church and is married to his wife of 20 years Helen. They have daughter Haley in Oklahoma City, Kali in Oklahoma City, Son Kavin in Ponca City and granddaughter Athena of Ponca City. Their fur babies Max and Trudy are included among the family as well.

For more information or to purchase tickets call 580-762-8336 or visit pioneertech.edu/foundation.