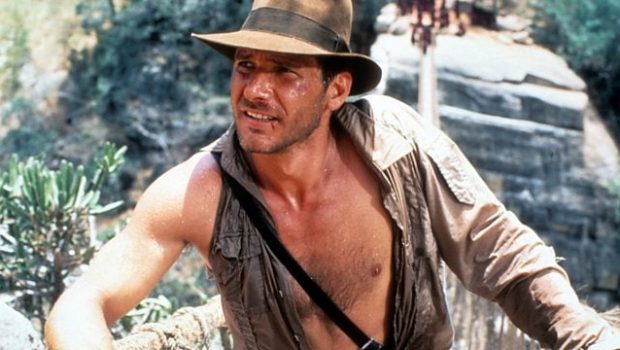 Warning: There are possible spoilers ahead for Indiana Jones 5!

The bulk of Indiana Jones 5’s story takes place in the late 1960s. But because Nazis are once again coming back to the forefront as the main villains, fan can expect a flashback to the height of the party’s influence during World War II. And that means a digitally de-aged Harrison Ford will be making an appearance during the film’s opening scene.

News of the film’s use of de-aging technology comes from the latest issue of Empire, which has already given us plenty of Indy 5 morsels to chew on until the first trailer (and title) are finally revealed. These include new details about the film’s lead antagonist, Voller (Mads Mikkelsen) and his unhinged lapdog, Klaber (Boyd Holbrook). Aside from Voller’s search for a mysterious artifact, the full nature of their plot is still a tightly-guarded secret. But giving audiences a clearer understanding of their intentions requires a prologue set in 1944, where Ford’s hero will explore a Nazi-occupied castle.

“I wanted the chance to dive into this kind of full-on George [Lucas] and Steven [Spielberg] old picture and give the audience an adrenaline blast,” said director James Mangold. “And then we fall out, and you find yourself in 1969. So that the audience doesn’t experience the change between the ‘40s and ‘60s as an intellectual conceit, but literally experiences the buccaneering spirit of those early days… and then the beginning of now.”

The prologue’s 1944 setting places it roughly six years after the events of Indiana Jones and the Last Crusade. It goes without saying that de-aging is fairly ubiquitous in blockbuster filmmaking these days. Regardless, the sequel’s VFX team didn’t rely on the same bag of tricks to re-create Ford’s mid-‘90s look. The designers at ILM reportedly employed “several techniques” for the movie’s opening salvo. They also utilized new software that combed through archive footage of Ford’s earlier performances before matching it to the scenes he shot for Indy 5. Additionally, the costume department designed a “thread-for-thread” replica of Ford’s original Raiders of the Lost Ark jacket as well.

“My hope is that, although it will be talked about in terms of technology, you just watch it and go, ‘Oh my God, they just found footage. This was a thing they shot 40 years ago,’” added producer Kathleen Kennedy. “We’re dropping you into an adventure, something Indy is looking for, and instantly you have that feeling, ‘I’m in an Indiana Jones movie.’”

Whether viewers will appreciate all of this hard work remains to be seen. But one person who is already impressed by what he’s been shown so far is none other than Ford himself.

“This is the first time I’ve seen it where I believe it,” noted Ford. “It’s a little spooky. I don’t think I even want to know how it works, but it works. It doesn’t make me want to be young, though. I’m glad to have earned my age.”

Are you looking forward to watching the film’s prologue next summer? Let us know in the comment section below!

Recommended Reading: The Complete Making of Indiana Jones: The Definitive Story Behind All Four Films

We are a participant in the Amazon Services LLC Associates Program. This affiliate advertising program also provides a means to earn fees by linking to Amazon.com and affiliated sites.