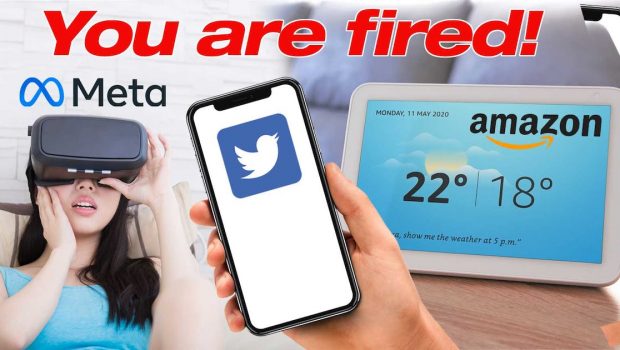 How Layoffs Affect the Trajectory of Technology

This article is part of TechXchange: Why Matter Matters

Major layoffs always make news, and it impacts the well-being of lots of families. Often, this is the focus of coverage of these changes—and it’s warranted. However, such coverage often overlooks the fallout of these changes on others in the near and long term. And in some recent cases, the change in course of these companies has a major effect on the technologies being used.

The three specific events covered here are Elon Musk’s takeover of Twitter and the forced layoffs and exodus of technical talent, Meta’s reduction of staff, and Amazon’s layoffs.

While some of these changes were to help the companies reduce cost in general, they were targeting specific areas within the companies that provided research and product support. Affected areas include social-media mediation, IoT voice control, and virtual reality/augmented reality (VR/AR). I’ll focus on the last two, as they’re more applicable to the work being done by Electronic Design readers.

Amazon’s Alexa was on the cutting edge for artificial-intelligence (AI)-assisted voice analysis and control. There are others like Apple’s Siri and Samsung’s Bixby, but “Alexa, …”  is what comes to mind when talking about smart speakers.

Evidently, selling devices at cost has caused Amazon to lose on the order of $10 billion over the years. As with many IoT solutions, it wanted to take the razor-blade approach of making money on something other than the technology and devices like the Echo or Echo Show (Fig. 1). In theory, these devices could be used to make more sales or sell more services. At this point, they tend to be used to control lights and play music. Though both are useful features, they don’t necessarily improve the bottom line for Amazon.

In Meta’s case, the focus is more long term in the form of the metaverse. Its Quest line (Fig. 2) of VR glasses has helped drive the interest and use of VR as well as AR. However, at this point, these devices essentially have two major uses—gaming and industrial applications—and neither has a robust following to justify the amount of investment right now. The more ubiquitous desire for an interactive metaverse along the lines of sci-fi holodecks is something that appears to be a long way away.

In some sense, the focus on the metaverse is akin to the interest in self-driving cars. The usefulness in the long term is apparent, but the amount of work to get there, let alone the cost, may be a lot more than anticipated.

The layoffs affect many of those working on projects related to the technologies mentioned, though they don’t mean a complete repudiation of the technologies or products. Still, the changes do affect the long-term direction, support, and growth. They’re also in contrast to new announcements like Meta’s pricy Quest Pro headset. Overall, it highlights the engineering challenges, as low prices have fueled adoption, but selling at a loss is, of course, not good for the bottom line.

Alexa, the IoT, and Matter

As to how others will be affected, consider the importance of Alexa in the IoT marketplace. It was all the rage at the Consumer Electronics Show (CES) before COVID hit, and it’s likely to be on all sorts of things at the next CES coming up soon. Tie this in with the release of Matter, the protocol to tie IoT together, and the impact of a cutback on Alexa becomes more important—especially given its dependence on the cloud and cloud computing.

Those little Dots are amazing gadgets, but the heavy lifting in natural language processing is accomplished in the cloud. The demand for that processing is based on the popularity of the Alexa devices. Likewise, these devices will not do a lot if Alexa goes away. That’s unlikely, but the crash and burn of Twitter was not on many people’s radars either.

Current dependence on these platforms is more important for Twitter and Alexa at this point, as AR/VR are still niche solutions. Those are growing and alternatives exist for both, but the question remains as to whether those alternatives have the same growing pains or whether they’re economically viable.

The outgrowth of IoT solutions due to support like Alexa is significant, though. Home automation has been around for many decades, but it was very costly and cumbersome. Smart-home devices aren’t cheap; however, they’re way cheaper than before. They’re also more functional and easier to integrate, although it tended to be a walled garden until now. Matter may change that tune; the support provided by Amazon to Alexa developers is another part of the puzzle.

The challenge these days is the level of dependence developers have on the tools, underlying software, and services that make up a solution. For those who have an Alexa-enabled device, do they support other voice-activated environments, or can they work standalone? How will their customers feel if the devices aren’t supported in the years to come?

At this juncture, the frameworks, products, and services of these three companies and others remain. Going forward, the direction is less clear, something companies and developers will need to consider when contemplating and enhancing their products.

And Now for an Electronic Design Quick Poll

Often a solution is dependent upon another technology to be successful. We would like to hear about which one might be more important to you. Check out the list below, and then click on Finish to see our current poll results. You can also check out other Electronic Design Quick Polls.