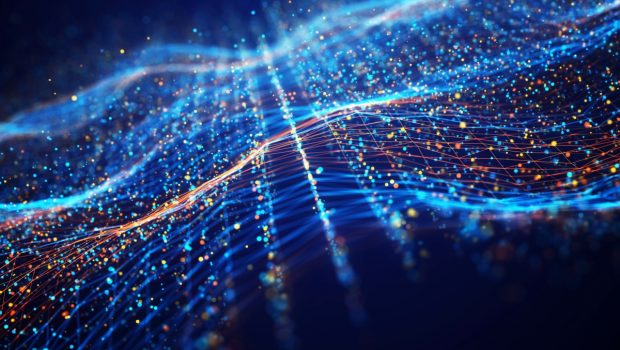 Digital twins — virtual representations of actual systems — have become an important component in how engineers and analysts build, visualize and operate AI projects, network security, and other complicated architectures that might have a number of components working (or malfunctioning as the case may be) in tandem. Today, a startup called Forward Networks — which has built digital twin modeling software geared specifically at helping to operate and maintain enterprise networks — is announcing some funding on the heels of strong growth.

The company has raised $50 million, a Series D that it will be using to continue investing in R&D and expanding its base of customers. MSD Partners is leading this round, with new backers Section 32 and Omega Venture Partners also participating alongside previous backers Goldman Sachs Asset Management (Goldman Sachs), Threshold Ventures, A. Capital, and Andreessen Horowitz.

GSAM is a strategic backer: Forward focuses on large enterprises as customers — theoretically it could, and might one day, also just the product to sell to SMBs, too — and Goldman Sachs is one of its longtime customers.

The company is not disclosing valuation, but for some context PitchBook notes that in 2019 it was valued at $140 million. Forward has raised $116 million to date and David Erickson, the co-founder and CEO, described this latest round as a “great outcome” in an interview earlier this month. Notably, the Series D was closed in December and took six months to complete — a very different cadence to its $35 million Series C in 2019, which closed in a flash, he said.

It is indeed a tough market out there, even for those building groundbreaking tech in currently trendy areas like digital twinning technology. Part of the selling point for investors, Erickson said, was the company’s progress over the last two years: customers quadrupled, ARR grew 139% between 2021 and 2022, and there has been very little churn, with a 96% retention rate among users.

The company’s unique selling point is it claims that it can model and maintain mathematically accurate digital twins of an enterprise’s network, work that was created out of research that Erickson and his three co-founders, Nikhil Handigol, Brandon Heller and Peyman Kazemian, all did while PhD’s at Stanford.

Those digital twins in turn can help operations people understand how and why networks operate as they do, essential for site reliability — that is, making sure they actually work — but also critical data that can be used in understanding and parsing the security posture of that network.

“We are the only company on the planet that does this,” Erickson said.

The data that Forward produces can in turn be used with various remediation products or in other ways as the client chooses. “The easiest analogy for this is Google Maps,” Erickson said, which provides a digital twin experience covering not just navigation, but updates on traffic, road conditions, and businesses and their status along those roads. “It’s a massive improvement over paper maps.”

It also potentially opens the door to what Forward might or could do down the line in terms of how it evolves its products. For example, currently the company does not offer remediation services based on its findings but that could be an interesting area to address, given the data it has already in its system and the knowledge it possess of what “normal” typically looks like.

That potential is what sold MSD on the company.

“We are exceedingly excited and optimistic about Forward Networks,” said Victor Hwang, MD and co-head of MSD Growth, in a statement. “As enterprise network architectures grow and become more complex, the necessity for network security and visibility have dramatically increased. Forward’s robust and scalable platform solution addresses this large and growing market need unlike anything else we’ve seen. As a flexible, long-term partner, MSD Growth seeks to back exceptional growth businesses with proven unit economics and strong commercial acceptance of their products. We’re thrilled to lead the company’s round of funding and support its next stage of growth.” Hwang is joining Forward’s board with this round.

Today, a lot of customers are using Forward’s tech for site reliability but going forward, it looks like security may take a more prominent role. Erickson said that the SolarWinds hack back in 2020 “was a wake-up call to the world” about the vulnerabilities of supply chains and that led to increased interest in the kind of data that Forward can provide on how a network is operating, including the sources of data going into and out of it. That is easier said than done in enterprise architecture because of the sheer size and surface of these networks.

“Step one for us has been to identify places where people can’t get access to the data that they need to even take remediation steps,” he said.

One area where it’s unlikely to play is in end point monitoring, which is a pretty well-trodden part of the enterprise stack. “Our focus is on looking at how data gets to and from end points,” Erickson said.