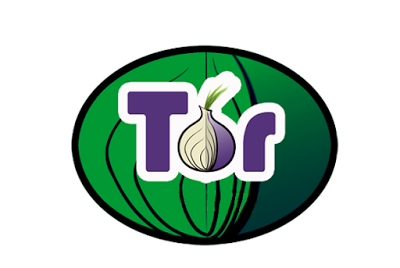 FBI Hacked Tor To Hunt Down Paedophiles On The Deep Web


iSpeech
FBI has taken down a site involved in Child pornography through some hacking techniques that have never been used in the history of the law enforcement.

In October last year, FBI hacked Tor browser and caught thousands of paedophiles. Now, a website by the name of “Playpen” registered in August 2014 for the purpose of sharing images, but in reality, the site was designed to advertise and distribute child pornography. The site was only available on the dark web which meant the site was not available for view through conventional means of surfing internet.

Dark web is a perfect platform for the cyber criminals as it allows them to carry out their activities without getting noticed as with the conventional form of surfing of internet if anyone finds anything that is not appropriate, they can report to the agencies like FBI. However, with the dark web, it is difficult for anyone to find a web address – even for the agencies.

While investigating Playpen, FBI found it had over 215,000 members and has 117,000 posts published with 11,000 unique visitors each week. The posts included posts in relation to extreme child abuse images and also advice on how sex abusers can keep their identities hidden online.

FBI seized the site’s computer server in Lenoir, North Carolina, in February 2015 and ran the site from their own servers from 20th February to 4th march 2015.

Throughout this 2 week period, the FBI employed a technique known as network investigative technique (NIT) (basically a hacking tool) that uncovers 1300 IP addresses from a single warrant and unveils actual identities of the visitors visiting the site.

FBI has employed such techniques before but, this time, the tool used was so sophisticated that it even uncovered the IP addresses of the users using Tor network to surf the website and with that it unveiled the operating system, computer’s architecture, computer’s MAC address, computer’s host name, operating system username. It was even able to uniquely identify each user by employing a unique identifier to distinguish data from different IP addresses.

The FBI was able to track down the users from the Pornographers site and they were able to hack into 1000 computers with just a single warrant, which creates a big question mark on whether agencies like FBI should be allowed to use such tools.

So far 1500 cases have been registered in relation to the pornography site starting from July 2015 when two men were arrested in July 2015, several people have been arrested in the same year and in the beginning of New Year 2016. Court documents show arrests from Connecticut, Massachusetts, Illinois, New York, New Jersey, Florida, Utah and Wisconsin.

“Fifteen-hundred or so of these cases are going to end up getting filed out of the same, underlying investigation,” Colin Fieman, a federal public defender for the Western District of Washington who is handling several of the related cases, told Motherboard Vice.

“There will probably be an escalating stream of these [cases] in the next six months or so,” he added. “There is going to be a lot in the pipeline.