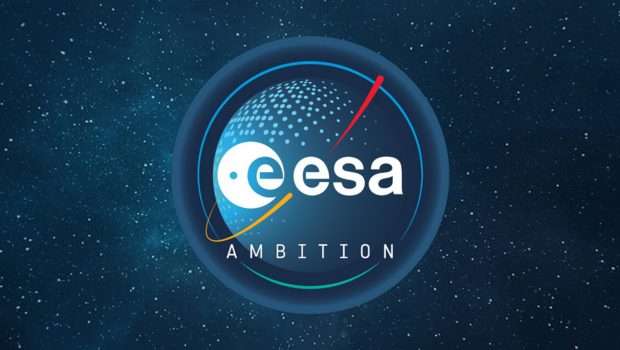 The  ESA Council at Ministerial level, CM22, is a time for critical decisions. In November 2022, ESA’s Member States, Associate States and Cooperating States will come together to strengthen Europe’s space sector and ensure it continues to serve European citizens.

By definition, a space agency embodies big ambition. With that come technical and engineering challenges that are found nowhere else. Nearly everything we do is being done for the first time, and designing for space makes each new challenge many times more complex.

This is where ESA’s Directorate of Technology, Engineering and Quality comes in. Typically, we work more than a decade into the future, preparing for missions to come, working to engineer solutions using technologies that do not even exist… until we invent them.

ESA’s Agenda 2025 has plotted a course for Europe to become a major space power and has re-emphasised the fundamental fact that technology is at the heart of everything ESA does. The Directorate has updated its Technology Strategy in turn. For CM22, we aim to hone the competitiveness of Europe’s space sector, working to develop new technologies and make them available for missions more rapidly than ever before, as well as seeking out bright ideas for research from all possible sources – including you.

•ESA’s General Support Technology Programme for the development of promising new technologies will be extended, including more in-orbit demonstration missions based on CubeSats and small satellites

•The EEE Space Component Sovereignty for Europe seeks to ensure a steady, assured supply of Electrical, Electronic and Electromechanical parts, the building blocks of space missions

•ENDURE will develop a European supply of radioisotope heat and power systems for future missions, opening up the wider Solar System for exploration.

To help do this, the Directorate is making more in-orbit demonstration missions available through the ‘Fly’ element of GSTP. These are small satellites and CubeSats allowing European companies the opportunity to gain early flight heritage for innovative products and systems, because the best way to prove a technology works in space is actually to fly it in orbit. As an added bonus these missions also generate valuable science and services.

Also included in the CM22 proposals is the GSTP Precision Formation Flying Component, supporting the final production and utilisation of our Proba-3 double satellite mission: twin spacecraft flying with millimetre-scale precision to form an artificial solar eclipse between them.

Proba-3 will demonstrate the potential of satellite formation flying to prepare for future multi-satellite missions flying as one virtual structure, boosting science return.

Electrical, Electronic and Electromechanical (EEE) components are the fundamental building blocks of space missions. But the a large number of EEE parts, in particular high-value components, used in today’s ESA spacecraft originate from beyond Europe’s borders. This dependency on non-European suppliers leaves our space industry vulnerable to supply shocks and export restrictions, putting our very ability to build future spacecraft and systems at risk, and undercutting European competitiveness in global markets.

In response, ESA is proposing the EEE Space Component Sovereignty for Europe initiative. Working with industry, ESA Member States and European organisations such as European Commission and European Defence Agency, this initiative will ensure a stable, predictable development and procurement approach for EEE parts over an initial five-year period, compensating for current volatility in the global microprocessor market.

The Sun never stops shining in space, and is much more intense there than on Earth’s surface. What if we could gather that energy up and beam it down for use? The concept, called Space-Based Solar Power, is theoretically workable and could support decarbonising Europe’s energy sector. ESA is proposing a dedicated R&D programme to mature the concept and its critical technologies – SOLARIS – to allow an informed decision to be made by European leaders.

The key technologies in question, including improved photovoltaic systems, wireless power transmission and in-orbit manufacturing, will prove valuable in their own right, whether or not the decision is made to move to an operational system.

A new GSTP Component, ENDURE, for ‘EuropeaN Devices Using Radioisotope Energy’, will deliver an end-to-end European capability for radioisotope heat and power systems by the end of this decade. The system will be based on radioisotope fuel derived from reprocessing of nuclear waste and our work will cover fuel production and encapsulation as well as system development.

ENDURE will end Europe’s current dependence for radioisotope heat and power systems needed for exploration of the outer Solar System as well as challenging planetary environments such as the long nights on the lunar surface or the cold and stormy conditions prevailing on Mars.

On 22-23 November ESA Director General Josef Aschbacher presents his proposals for the future of Navigation and all other ESA Directorates to Europe’s space ministers for approval, setting the course for Europe’s future in space. Find out more here.

Thank you for liking

You have already liked this page, you can only like it once!