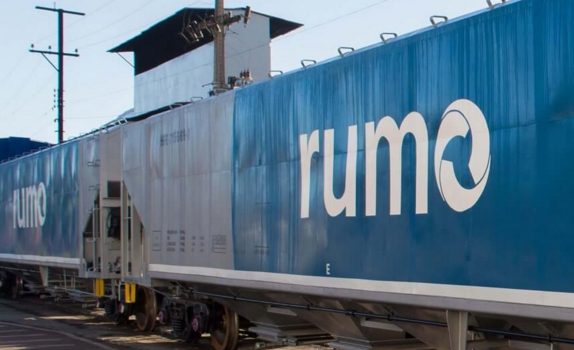 Since last year, the group has invested 700mn reais (US$130mn) in technology projects and IT systems and the forecast is for similar spending levels in its next investment cycle, Rodrigo de Souza, railway technology manager at Rumo, told BNamericas.

The total, however, may vary according to the profile of the projects. Initiatives where the stage is more related to development tend to demand fewer resources than projects already in the deployment phase or requiring hardware acquisitions, for example.

“The budget varies a lot according to the need. Today I may be deploying more than developing. And with that, next year may be a little lower [than this year’s capex],” Souza said.

Rumo is prioritizing projects related to automation, digitization, and sensing of the rail network, with a view to improve preventive and corrective maintenance.

Called detection of broken rails (DTQ, in Portuguese), the system for checking failures on the rails began to be developed in 2017. In 2018, the company started implementing the system.

Now, the project has entered a second phase with the inclusion of artificial intelligence, so that more accurate algorithms can identify patterns and help the system detect faults. Currently, 60% of the DTQs deployed in Rumo's network are AI-powered.

In August and September, DTQ with AI helped identify 102 cases of broken rails.

The software, including the algorithms, was developed internally at Rumo, while the hardware (sensors) were developed by a company from Curitiba, Paraná state. Both companies share a product patent.

DTQ is implemented in the company's main corridor, which connects the cities of Rondonópolis, in Mato Grosso state, to the port of Santos in São Paulo state, in addition to some stretches in its southern network in Paraná and Santa Catarina.

Rumo is currently mapping the next sections to receive the DTQ system.

“These corridors [where DTQ is present] have intense circulation, which puts a lot of stress on the rails. Future implementation depends on whether rails are new, or not, whether or not there is a higher risk, among other factors. The option might be just to install new rails. This is all aligned with the infrastructure area. We are currently mapping this out with the team,” Souza said.

Rumo is also investing in migrating most of its data to the cloud. Both operational data, which includes the rail system itself, and internal data, related to back office and its network operations center (NOC).

The company has contracts in place with two of the main public cloud providers in the market. Souza said he could not name them.

The biggest cloud providers are AWS, Microsoft, Google and Oracle.

“The dollar, and even the war in Ukraine, has greatly impacted the costs of foreign components. Today we are working a lot with the data we already have at hand plus with the implementation of systems in partnership with local companies, and, finally, in capturing data via sensors.”

This capture is made by a system called Way Side, which is equipment distributed along the line monitoring acoustics, and the impact of the wheels on the rails, among other elements.

In the past, this data came separately, and the reading was done mostly case-by-case. All these measurements are now being centralized, read and processed at once by the company, Souza said.

Rumo does not necessarily intend to put IoT sensors in the wagons, since the external systems already generate a lot of data to be worked on, said the executive.

To mitigate issues related to connectivity in the areas where its wagons cross, many of which have little or no coverage, the company has relied mostly on satellite. The main providers are Globalsat and Inmarsat.

Where possible, Rumo uses the public cellular network, including 2G (GSM) technology, as much of the data transmitted is simple and requires low bandwidth. In this case, the cellular network used is Claro's.

According to Souza, the company is also carrying out tests with LoRa (long range) IoT cellular technology. A key feature of LoRa is low power consumption, which means devices can remain in operation for long periods without charging.

Although individually the sensors transmit simpler data, the total transmitted generates a “data lake” of about 1.8 terabytes, according to the executive.

In July, Brazilian company Surf Tech inked a partnership with Rumo to pass fiber optics networks along the company’s railways. The goal is to take connectivity to municipalities present in the nine Brazilian states covered by the network under the company's concession.

This specific project is not being conducted by Souza's team, but the executive said that DTQ and WaySide are expected to benefit from this connectivity.

Initially, the project foresees an investment of 1.5bn reais by Surf Tech.

The digitization of operations is key for the company as Rumo widens its rail network.

The company’s board just cleared a 4.5bn-real, 211km first phase of a 15bn-real rail project in Mato Grosso state.

"This project is transformational for Rumo and for Mato Grosso state, the region with the highest grain production in the country. Our investment thesis is based on an expectation of growing food demand in Asia. Our projection is that the production of grains in Mato Grosso will grow by 30% by 2030, which will require a lot of logistical structure to be served," Rumo CFO Rafael Bergman told a conference call to present project details.

The first phase will connect the cities of Rondonópolis and Campo Verde. Works are expected to take three years and operations should start in 1H26.