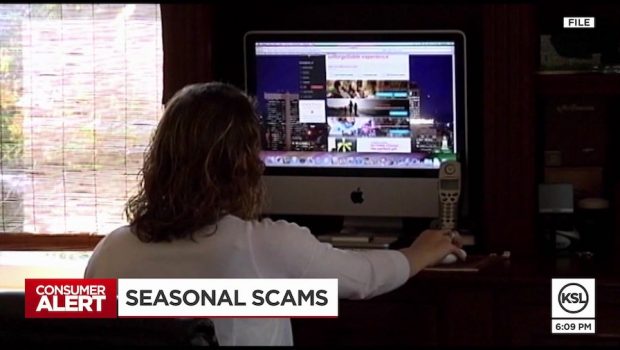 SALT LAKE CITY — For many of us, Christmastime is magical. For scammers, it’s especially magical. On the one hand you’ve got people desperate to get their hands on this year’s popular gift that is really hard to get and is needed right now! On the other hand, consumers are also desperate to save a little money with all the other shopping we must do. And the bad guys know it.

“When there are hard times – whether it’s in the economy or purchasing limitations – whenever there’s a difficulty, the bad actors don’t cut you a break, they sense blood in the water,” said David Nuti, senior vice president at cybersecurity company, Nord Security – which tracks the expensive bad habits of consumers during the holidays.

According to Nord Security, more than a third of Americans – 95.6 million people – have been scammed online. But surprisingly, those people who have previously experienced a scam admit they would still hand over a bunch of personal but bizarrely irrelevant information for a purchase, just for a shot at a big discount or freebie.

7.6% of those surveyed by Nord said they would give their Social Security number. 12.2% would reveal where they worked. And 7% would reveal their children’s names for the chance to bag an extra bargain. All told, 88.6% of scam victims are still willing to hand over at least some personal data to land a bonus gift, discount, or free service.

Scammers are masters at using high pressure sales tactics, urging shoppers to act now or the deal will be gone.

“People are in a rush,” Nuti said. “They’re in a hurry. They like to jump at a great opportunity.”

Nuti urges shoppers to slow down, take a step back, and make sure their purchase is going to be secure. Check the URL, be sure it starts with “https.” The S indicates the website has a security certificate – making it much less likely to be spoofed. If there’s no S – the site is very likely not secured, and any information you type in can be read by someone else.

Nuti also said shoppers should be wary of any website that asks for information that it just doesn’t need for a purchase.