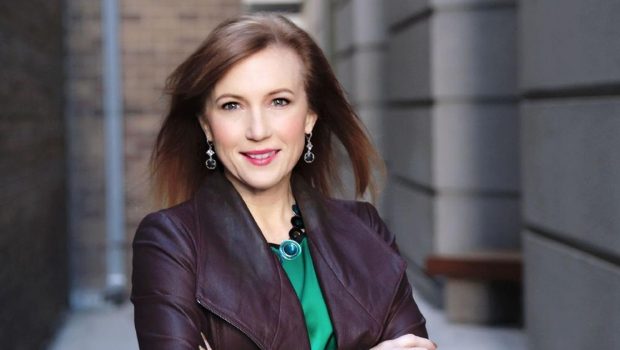 Everything, according to cybersecurity expert Theresa Payton, can be hacked.

But with the determination of those wishing to inflict financial and psychological harm upon others via the internet, and the ease with which the tools to inflict that damage can be obtained, Payton joked that probably not even such antiquated technology as videocassette tapes are beyond the reach of hackers.

Payton spoke Friday at the Tulsa PAC to open the 2022-2023 season of Tulsa Town Hall, to discuss "Securing the Future: Unmasking Cybercriminals & the Triple Threat Facing Business and You."

Payton served as chief information officer at the White House during the George W. Bush administration, the first woman to hold the position. She is the founder of Fortalice Solutions, one of the nation's leading cybersecurity firms.

She also starred in the reality series "Hunted" and is the author of "Manipulated: Inside the Cyberwar to Hijack Elections and Distort the Truth."

Payton said the No. 1 cybercrime is not identity theft but business email compromise, where criminals often use freely available programs to track the internet activity of a given target, usually the CEO of a major company.

Once the hackers have gathered all the information they can find — including travel itineraries, possible passwords, even recordings of the person's voice that can be manipulated to create certain phrases — they use it to initiate wire transfers of large sums of money.

And because everything can be hacked, Payton predicts that before 2023 is out, someone will attempt — and maybe succeed — in hacking into some of the low Earth orbit satellites now in operation, from the International Space Station to the commercial objects that provide everything from GPS information to cellular phone service to worldwide online shopping.

Payton outlined other potential threats that include what she termed a "black swan banking event," in which a cyberattack on a single financial institution creates a run on banks; the artificial intelligence now being used to generate computer code will create dormant security flaws that will later disrupt whatever business uses that program; and that forgeries and theft will rock the world of cyber-currency such as Bitcoin.

The key, she said, to protecting one's own interests is to diversify — not using the same email address for every place one visits on the internet, for example, and managing one's online presence regularly to avoid unpleasant and costly surprises. She also recommends having a back-up plan, to know what you would do should some part of one's online presence is compromised.

Payton described many people's approach to cybersecurity as comparable to the time she was on her way to work and noticed a man carefully locking his very expensive bicycle to a tree. When Payton passed by later in the day, she saw that bike lock was still in place, as was the bicycle's front wheel. The rest of bike was gone.

"Cyber crime is going to happen," Payton said. "That's why it's important to be resilient, and protect what matters the most."