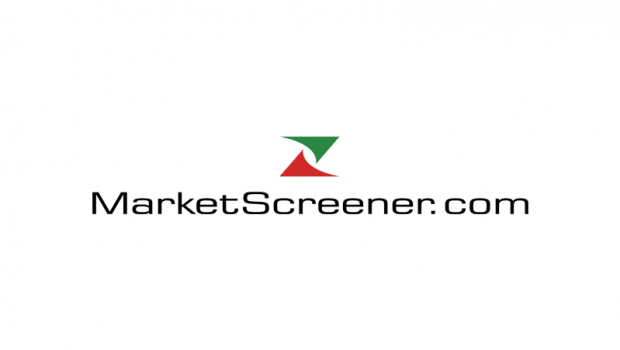 Cyber-attacks, hacking, data breaches and other forms of dangers remain a long-standing problem for individuals, businesses, and institutions on a daily basis. As the world gets more and more digitized and connected, those dangers are only going to rise. As a result, most organizations are now spending heavily on cybersecurity in order to stay a step ahead of the increasingly sophisticated hackers. projects global cybercrime costs to increase by 15% per year over the next three years, reaching annually by 2025, up from in 2015.

(OTCMKTS: ZRFY) - is a cybersecurity firm that had previously been known as and has been in the business for more than two decades. The company, which is based out of , is intent on providing solutions that help with data security and other forms of cyber threats.

The company offers its products not only to individual consumers but also to companies and government agencies. Some of the products include keystroke encryption and 'out of brand' authentication in addition to mobile-specific solutions.

Earlier this month on , the company projected strong revenues for the year 2023 and further growth beyond that. The Chief Executive Officer of the company Mark L Kay spoke about the projections as well. He noted that the management was 'thrilled' about the future of .

He added that the company could not have started the new year off on a stronger footing than being named the leader in the Secure Video Conferencing sector in a report that was published by , an industry analyst. Although it was a major recognition for the company, Kay stated that the report had also resulted in the emergence of new opportunities which are expected to boost revenues. He added that Secure APIs and Securing Endpoints are two areas in which the company could generate significant revenues. It was also pointed out by Kay that the video conferencing sector is set to hit a valuation in the to range by 2026.

The company has also been licensing its products and last year on it announced that the product Zerify Defender had been licensed by 21st . The product is going to help in the protection of client data. 21 Century is a consulting and brokerage benefits firm based out of .

, who is the President of 21st century noted that the product Zerify Defender was necessary for secure video conferencing and for providing around-the-clock data protection. He went on to add it was also essential considering the remote work that is common among many companies nowadays.

(NASDAQ:DGLY) - Another company that could be worth having a look into from the sector is The company mainly operates through a range of subsidiaries and is best known for video solution technology as well as animal and human health protection products. Since last May, the stock has not managed to go beyond a share and after having failed to exceed it by this year, NASDAQ has given the company 180 more days to correct the situation.

(NYSE: IRNT) - is involved in the development and designing of products meant to provide protection from cyber-attacks. Earlier on in the month on , the company was in the news after it announced that its product IronDefense, a network detection, and response product, was going to provide wider visibility as far as cyber threats were concerned.

(NASDAQ:EVLV) - is an innovative company that is involved in providing human security so as to secure major event venues. The company was in the news last week on when it announced that it had partnered with the located in . The school would use the company's technology for the purpose of making its campus safer.

(NASDAQ:TLS) - Lastly, the is an interesting proposition from the sector considering the fact that the company provides security solutions to many organizations which take their security seriously. The company announced on that it had entered into a partnership with to help customers with NIFT Risk Management Framework compliance.

Disclaimers: This article contains sponsored content.The Private Securities Litigation Reform Act of 1995 provides investors a safe harbor in regard to forward-looking statements. Any statements that express or involve discussions with respect to predictions, expectations, beliefs, plans, projections, assumptions, objectives, goals, assumptions of future events or performance are not statements of historical fact may be forward looking statements. Forward looking statements are based on expectations, estimates, and projections at the time the statements are made that involve a number of risks and uncertainties which could cause actual results or events to differ materially from those presently anticipated. Forward looking statements in this action may be identified through use of words such as projects, foresee, expects, will, anticipates, estimates, believes, understands, or that by statements, indicating certain actions & quotes; may, could or might occur Understand there is no guarantee past performance is indicative of future results. Investing in micro-cap or growth securities is highly speculative and carries an extremely high degree of risk. It is possible that an investor's investment may be lost or due to the speculative nature of the companies profiled. CaptalGainsReport 'CGR' which is owned by , is responsible for the production and distributions of this content. CGR is not operated by a licensed broker, a dealer, or a registered investment advisor. It should be expressly understood that under no circumstances does any information published herein represent a recommendation to buy or sell a security. CGR authors, contributors, or its agents, may be compensated for preparing research, video graphics, and editorial content. CGR has been compensated by to produce and syndicate this content for ZRFY. As part of that content, readers, subscribers, and webs are expected to read the full disclaimers and financial disclosure statement that can be found on our website.