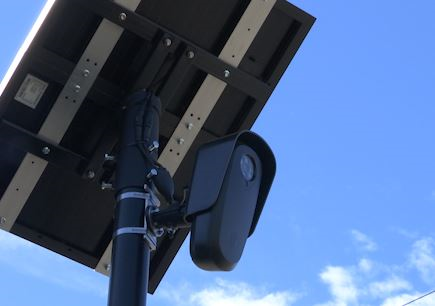 JACKSON, Mich. (WLNS) – Take a drive around Jackson and your license plate might be on camera. It’s part of technology the Jackson Police department is using to catch criminals and leaders say it’s working.

One person caught was wanted for fraud and another for sexual misconduct, and all through this eye in the sky. It’s technology the Jackson police department placed in key points around the city’s perimeter. They’re zoning in on license plates as cars enter and leave city limits. It’s something the department says is needed.

“A big thing that we are seeing is organized crime, so like retail fraud rings that are operating from outside our community. When we get information on vehicles that they may be associated with it lets us know that they are here in our community, so we can start taking some proactive measures with our retailers and also those wanted with significant warrants,” said Garcia.

Officials say the cameras were installed a few months ago, and are helping them catch criminals quicker than ever before.

The department says there’s no need to worry about an invasion of privacy as these cameras only capture license plates as cars drive by.

“It’s just a portion of the vehicle. License plate and the rear of it so we may see a license plate and a color of a vehicle it would be no different than one of the officers standing on the street watching the vehicles coming through.”

The cameras cost about $2,500 a piece to operate a year and they are up for renewal. At next week’s city council meeting, the community is invited to voice their opinion on how nearly $50,000 in grant money could be used for law enforcement. This will include renewing these cameras.