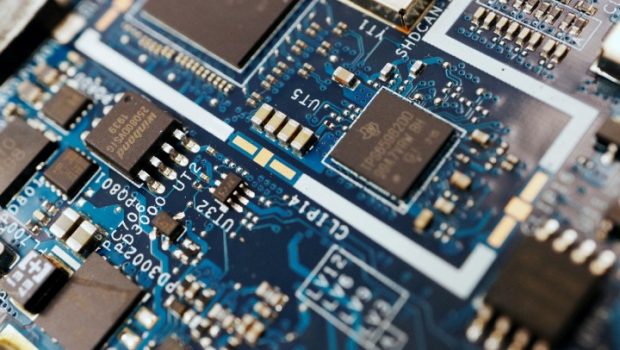 In early October, citing so-called national security concerns, the United States government announced sweeping technology export controls, including a ban on shipments to China of advanced semiconductor chips made anywhere in the world with US technology. But despite the Joe Biden administration pressuring them to do so, its allies have been reluctant to get on board its chip-control bandwagon.

That is because it will not only hurt the interests of enterprises in the semiconductor sector, which will likely suffer huge economic losses, but also because it will put these countries at a disadvantage. Supply chain issues caused by the COVID-19 pandemic have brought home the strategic importance of the semiconductor industry, and countries do not want to hand over the keys to their future to Washington.

The gap between chip consumption and chip manufacturing in China offers huge opportunities for international manufacturers. The country's semiconductor market was worth about $186.5 billion last year, but only about $31.2 billion worth of chips were manufactured domestically.

As early as July when the US tried to persuade the Netherlands to ban exports of EUV lithography machines to China, Peter Wennink, CEO of ASML, the only company in the world capable of making the highly-complex machines that are needed to manufacture the most advanced chips, pointed out that China is an important player in the semiconductor industry, and it is a very significant supplier of the global markets, and he cautioned that the countries and companies had to be "careful what we're doing".

That was also the view expressed at the CEO Roundtable at electronica 2022 in Munich on Nov 14, in which the participants also focused on how shipping semiconductor components to China plays an important role in distributing cleaner electricity. They pointed out that adoption of a greener energy system also fundamentally increases the demand for semiconductors and helps promote innovation.

Former US secretary of state Condoleezza Rice speaking with the current occupier of that post, Antony Blinken, recently cautioned the Biden administration that "the quickest way to lose friends is to say you either choose China or us".

The so-called China threat theory is completely made up and false. China does not pose a threat to the US, nor does Chinese technology. That the US is relentlessly hyping up national security concerns has much to do with its view that technology "is central to today's geopolitical competition", as the Biden administration states in its recently released National Security Strategy. The US leadership in technology and innovation "has long underpinned its economic prosperity and military strength", and as Japan, France and other countries know to their cost, the US will resort to extreme measures to maintain its hegemony in technology.

But, as many in the chip industry are warning, if the US continues politicizing and weaponizing technology and pursuing "technological decoupling" with China, it will not only hurt China, but also its partners, itself and the world as a whole.