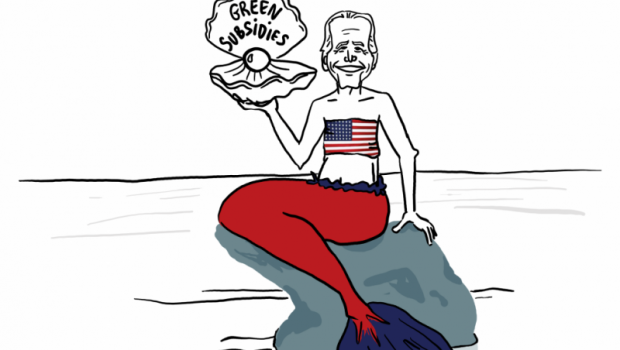 Biden pulls out all stops to attracts clean technology projects

At the Davos Economic Forum, held last week, American sirens sang their melodious songs, presenting their states as eldorados for investment in clean technologies. And European sailors (entrepreneurs) who had not plugged their ears with beeswax (like Odysseus' companions in the Odyssey) were seduced by these melodies. European governments, on the other hand, denounced an aggressive campaign.

So the mood has changed. Brussels complained about the alleged protectionism imposed by the IRA a few days ago, and shouted loudly that this law alienated European groups by discriminating against them. The European Union, which previously dreamed of a transatlantic bridge for its companies, would now like to retain them.

But how? By tying them to the mast of the ship, as Circe advised Odysseus to protect himself from the watery bewitchers? By erecting a few obstacles to the emigration of the continent's technological nuggets? Not likely.

By aligning itself, offering the same incentives? Ursula von der Leyen, the president of the European Commission, has reportedly suggested a relaxation of European rules on subsidies.

Since the passage of the IRA, at least 20 new or expanded clean energy manufacturing facilities have been announced in the United States, more than half of them by foreign companies, and almost every week a chip or battery manufacturer announces its intention to invest billions in the USA. Let see if the EU manages to stem the flow.