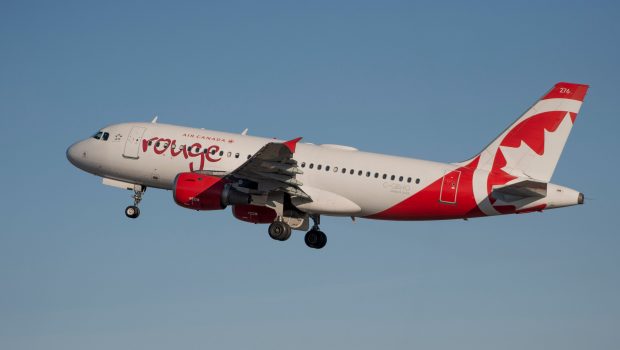 Canadian flag carrier Air Canada announced on Thursday that it will be investing $6.75 million into climate solutions firm Carbon Engineering in an attempt to support the development of technology that extracts carbon dioxide directly from the atmosphere. The move comes as part of the airline's Climate Action Plan, which includes a commitment to achieving net-zero emissions by 2050.

Founded in 2009, Carbon Engineering (CE) is a clean energy company working towards the development of a product that extracts carbon dioxide directly from the atmosphere through a process known as Direct Air Capture.

SIMPLEFLYING VIDEO OF THE DAY

The process typically involves giant fans which suck in huge swaths of air, filtering out carbon dioxide and returning the other gases to the atmosphere. The carbon dioxide is then permanently stored away in geological formations in such a way that it is unable to contribute to climate change. Alternatively, it can be used as an ingredient in the production of sustainable aviation fuels (SAF).

CE's Direct Air Capture facilities are capable of extracting 1 million tons of carbon dioxide per year; it would take approximately 40 million trees to achieve the same result. This makes them a particularly useful tool in the fight against climate change because they can offset a considerable amount of the damage done by the burning of fossil fuels. It also makes them perfect for the aviation industry, which is currently forced to rely on gas-powered planes for the most part because fully-electric alternatives like the Regent Seaglider and the Eviation Alice either have limited range or are still under development.

The investment is the latest in a series of donations by the Canadian flag carrier and follows a $5 million investment into Swedish electric aircraft manufacturer Heart Aerospace. Both investments come from a $50 million fund that was established as part of Air Canada's Climate Action Plan, which aims to achieve net-zero emissions by 2050.

The plan also contains provisions for a targeted reduction of 20% and 30% in air and ground operations emissions, respectively, by 2030.

Through its $50 million Climate Action Plan, Air Canada has signaled to the rest of the aviation industry that it is serious about making good on its promise of achieving net-zero carbon emissions, and its latest $6.75 million investment into Carbon Engineering ultimately marks a significant milestone on its journey to do so. Direct Air Capture technology has the potential to revolutionize the way in which businesses think about their carbon footprint, and other airlines looking to mitigate their greenhouse gas emissions would do well to invest in similar ventures.

In addition, such airlines should fund the research and development of fully-electric planes as the Canadian flag carrier has done through its $5 million investment in Heart Aerospace. In this way, airlines can offset greenhouse gas emissions from existing planes in their fleets and work towards a future in which they longer need to do so--ultimately creating an environmentally friendly future for the aviation industry.